Progress: Watch for the Little Ones 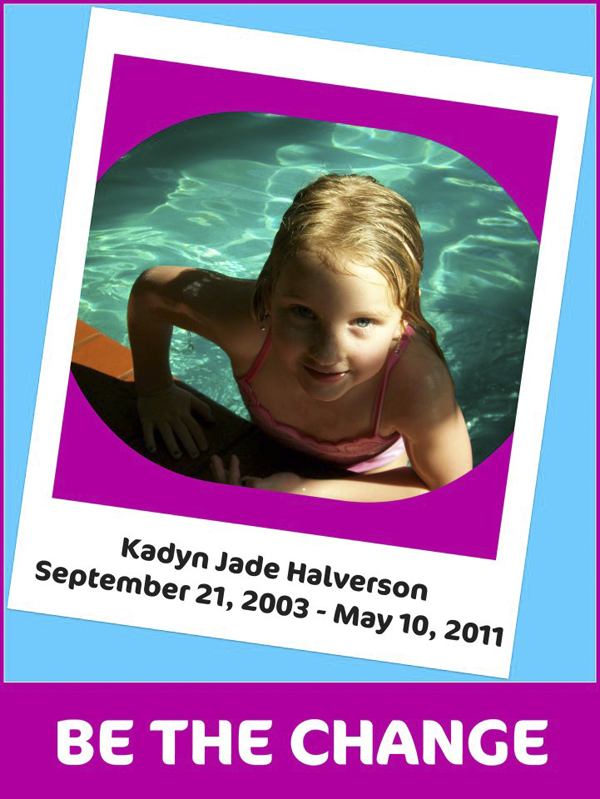 NORTHWOOD, Iowa — There is a page on Facebook that is tangential to the effort spearheaded by Northwood-Kensett residents to pass more stringent laws for passing school buses. 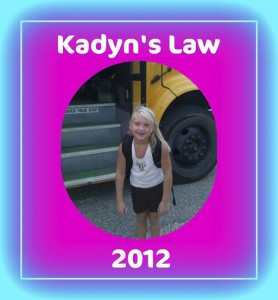 The page is called Watch for the Little Ones. It and the lobbying effort come in the wake of the death of Kadyn Halverson, a 7-year-old girl who was struck and killed by a driver who didn’t stop for the bus when it was picking up the girl on a rural blacktop.

Iowa has the seventh-lightest school bus laws in the nation, and Kari Halverson, mother of Kadyn, wants to do something about it. She has the help of Kim Koenigs, executive director of the Worth County Development Authority, and several other people across Iowa. The bill is Senate File 2021.

The page, as of mid-January, had 3,224 “likes” and is likely to garner many more during the 2012 Iowa legislative session. Here are many of the comments on the Watch for the Little Ones page on Facebook:

“It’s time! Let’s speak out for our angel and rock the Capitol to pass Kadyn’s Law! Keep the e-mails going to our legislators — how can they not hear us?! Thank you everyone for your support over the past few months — our family would not be where we are today without each of you supporting us! Also, I need lots of prayers — not much into politics so this is way out of my comfort zone!”

“I called the police one day when I saw a teenager pass a stopped school bus with the stop sign out, and I was told nothing would be done unless the bus driver also called it in! I think that is a bunch of crap! I gave them the license plate also and was told they would try to find the person and talk to them. A child could have been killed that day!”

“As we get ready to go to session I am asking that you change your profile picture to the one I have on mine to show support for Kadyn’s Law. It’s another way we in Iowa can show support and band together and demand that school bus laws not only catch up to the rest of the country but hopefully lead! Copy and repost.”

“As Christmas gets closer and closer please take a minute to remember and say a prayer for my sister, Kari Halverson, and all the other families celebrating the holidays without their kiddos this year. Christmas was one of Kadyn’s favorite times of the year and it’s so hard to bake the cookies, wrap the presents, sing carols and trim the tree knowing we cant have her there this year to be with …”

“I just want to say I am so very sorry for your loss. As a mother I couldn’t even imagine, but I write this as a school bus driver. I can tell you my bus has both a stop sign with lights and a stop arm. I can’t tell you how many times people run my reds, and even though I have an aid it is still very scary. People claim they can’t see our reds. I just don’t understand how can you miss a big yellow bus with blinking lights stopped in the road. Just saying what makes me so angry is if I get a car’s plate number and turn it in New York state sends them a don’t-do-that-again letter and that’s it unless a cop sees it. That’s not right. They should get a fine no matter what …”

“Last year this exact same thing happened here at our neighbor’s bus stop. The only difference was her sister pushed across the street to avoid being hit. The driver of the car was never caught. Our children have to cross the street after school. Our bus driver (who’s the best) implemented a plan of action. No one crosses the street until he motions them across. He says he might have to be a stop a few seconds longer, but it sure beats time at a funeral. I thank God every day he is my kids’ driver.”

“From Minnesota: My three children were almost hit by a passing car that did not stop for a bus at that moment. One of the children, luckily dropped something, so they did not cross the road. The car never stopped, and it went by too fast to get their driver’s license. Children just asssume they will stop — some do not.”