The Albert Lea school board terminated the head girls’ basketball coach and the head boys’ tennis coach after separate investigations. 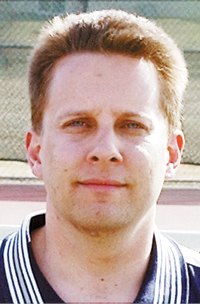 Sean Gillam, an English teacher at Albert Lea High School, lost his coaching position with the girls’ basketball team but is still on paid administrative leave for his teaching position until final disposition of disciplinary action.

Gillam has been on paid administrative leave since late January and an investigation has been ongoing. Superintendent Mike Funk would not comment on the nature of the investigation. The decisions came after a 20-minute discussion closed to the public, which the board can do when discussing personnel issues under Minnesota statute.

The second coaching position terminated was that of Wayne Prudoehl, who is not a teacher with the district. Prudoehl held the boys’ tennis coaching position until he was placed on paid administrative leave a week ago following an incident on April 27. He told the Tribune he addressed the team using profanity after students were found throwing garbage out of a bus window. Prudoehl said a parent who witnessed Prudoehl’s behavior reported him to Albert Lea School District Activities Director John Double. The decision came after a 10-minute discussion closed to the public.

• Heard from Albert Lea High School Principal Al Root about how the transition of eighth-graders to the high school went. Root said that while there were significant changes that he thought the transition went well, and there are some tactics they’ll keep and some they’d like to change. One example is the possibility of mixing younger students and older students during lunches, as Root thought when younger students did get to interact with older students this year that upperclassmen were good role models for their younger peers.

• Heard from Director of Human Resources and Technology Jim Quiram about coaching pay inequities. Quiram had presented to the board a few different plans the district could put in place, and he asked whether he could make a presentation to the board in the future.

• Heard from Activities Director John Double about athletics for middle-schoolers. Double said the district is losing $10,000 in funding for programs from the City of Albert Lea. He proposed a new plan that would eliminate some redundant programs so the district could still offer others to students. His plan includes reduced fees for students who qualify for free or reduced lunch programs, which wasn’t previously offered. Look to the Tribune for more information on the programs as it becomes available.