Shawn Kenneth Eugene Thompson, 29, of Kensett, Iowa, died Monday, May 14, 2012, as a result of injuries he received in a tractor rollover accident west of Kensett. 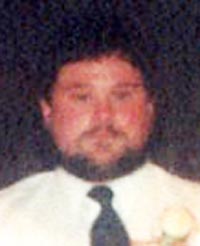 A memorial service for Shawn will be at 11 a.m. Friday at the Elk Creek Lutheran Church, 4108 Killdeer Ave., rural Kensett, with the Rev. Tom Martin officiating. Visitation will be from 4 to 7 p.m. Thursday at the Conner Colonial Chapel, 1008 First Ave. South, Northwood, Iowa. Visitation will also be held one hour prior to service time on Friday at the church. According to his wishes cremation has taken place.

Shawn was born on March 4, 1983, in Ventura, Calif., the son of Steven Howard and Christine (Behr) Thompson. Shawn graduated from Northwood-Kensett High School in the class of 2002. During his life, Shawn worked for S&K Pallets in Clear Lake, Iowa, Northwood Elevator, and up until the time of his death he worked for Gavilon Grain Elevator in Joice, Iowa.

Shawn enjoyed fishing, farming, gardening, wrestling and taking care of his animals, but his greatest love and enjoyment was his son, David, and spending time with his family and friends.

He was a member of Elk Creek Lutheran Church in Kensett.

Those left to cherish his memory are his son, David Thompson of Clear Lake, Iowa; his mother, Christine (Behr) Thompson of Kensett, Iowa; his sister and brothers: Dawn (Keith) Thompson-Julius of Madison Lake, Zeke Thompson and special friend Jessica Iverson of Kensett, Matt (Ashley) Thompson of Northwood, Iowa, and Luke Thompson and fiancé Sarah Coyle of Manly, Iowa; his sister, Tracy and her family of Minneapolis; his nieces and nephews: Jewell and Bailey Thompson, Jonah and Braeden Julius, and Journey Thompson; his grandmother, Mary Behr of Albert Lea; as well as several aunts, uncles and many other extended family members and friends. For those closest to Shawn, he was more than just a father, son, and brother, he was a best friend.

Shawn was preceded in death by his father, Steven Thompson who died on April 10, 2005, and his paternal grandparents, and maternal grandfather, Kenneth Behr.