Funeral services for Wanda Louise Schaefer, 62, of Forest City, Iowa, will be held at 10:30 a.m. Thursday, May 10, at St. Theodore’s Catholic Church. The Rev. Martin Schaefer, Rev. Paul Lippstock and Deacon Mike Ellis will officiate. Interment will be at Hayward Cemetery at 3 p.m. Wednesday, May 16. Visitation will be from 4 to 7 p.m. Wednesday, May 9, at Bayview/Freeborn Funeral Home and one hour prior to the service at the church. To sign the guest book, go to www.bayviewfuneral.com. 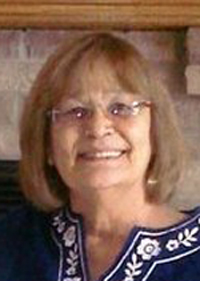 Wanda died Sunday, May 6, 2012, at her home following a difficult battle with cancer.

Wanda Louise Schaefer was born on May 14, 1949, in Albert Lea to Lawrence and Alberta (Rave) Armell. Wanda grew up in Albert Lea and attended Albert Lea schools. On Aug. 31, 1968, she married Gerald Farris in Albert Lea. The couple lived in Conger, then Hayfield, Iowa, where they both worked for Winnebago Industries. In 1986 they moved to Forest City. Wanda also worked in medical records for the Albert Lea Medical Center. Gerald passed away in 1990 and her son Jerry died in 1991. On Aug. 10, 2000, Wanda married Roger Schaefer in Pipestone. The couple moved to Arizona shortly after marriage and lived there for three years. They moved back to the area then back to Arizona again, finally returning to Forest City in 2007. Wanda was a member of St. Theodore’s Catholic Church and the Moose Lodge. She enjoyed going on trips with Roger, hiking in Arizona and the Blue Ridge Mountains, playing scrabble and reading. Wanda dearly loved her grandchildren and treasured the time spent with them. She will be deeply missed.