Two Freeborn County residents filed their bids for election Thursday to become the next 1st and 3rd district commissioners.

Gjersvik, who ran for the seat in two previous elections, will face off against incumbent Commissioner Glen Mathiason.

Steckman will face off against incumbent Commissioner Jim Nelson. 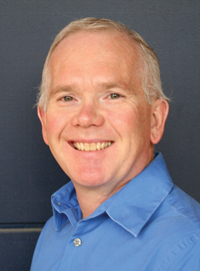 Gjersvik, who has been involved in politics since his youth, said he grew up on a farm by Manchester. He moved away for 10 to 15 years before moving back in 1999.

In 2000, he was elected as a township supervisor for Manchester Township and has been a part of the township board ever since, including as chairman and clerk.

Gjersvik said he has also been the chairman for the Freeborn County Township Association for the last six years.

“I know that I can bring more exuberance and more excitement to the board,” he said.

He noted it is his goal to help people stop being apathetic toward local government and to help them think county officials are more approachable.

He also wants to help bring in more economic variety to the community, even bringing in smaller businesses with just one or two employees.

As an avid bicycle rider and kayaker on Freeborn, Albert Lea and Pickerel lakes, along with Bancroft Bay, he has become passionate about some of the resources in the county. He wants people to know about these resources and figure out how to keep them here.

He is a sales representative for TEC Industrial, a power transmission supplier. Gjersvik and his wife have been married since 1987 and have three children. 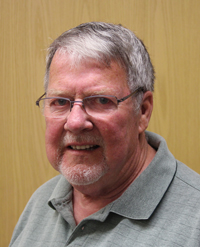 Steckman, who lives on the south end of Albert Lea Lake, said he has a strong background in creating new companies, economic development and labor negotiations.

Working for Freeborn-Mower Cooperative Services from 1975 through 2005, he said he managed the restoration of power for Freeborn and Mower counties during the ice storm of 1991.

“Having extensive board experience, I would appreciate the consideration of District 3 voters,” he wrote in a news release.

He has four grown children.