Robert and Janet Hartman of Albert Lea announce the engagement of their daughter, Amie Hartman, to Andrew Wold, son of Joan Wold of Richfield and David Wold of Coon Rapids. 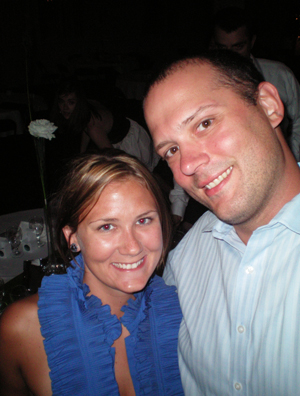 Grandparents of Amie are Irene Olinger and the late Bill Olinger of Albert Lea and Robert and Pauline Hartman of Marshalltown, Iowa.

Grandmother of Andrew is Lois Wold of Bloomington.

Amie is a 2002 graduate of Albert Lea High School, a 2006 graduate of College of St. Benedict, St. Joseph with a bachelor’s degree in psychology and a 2010 graduate of University of Wisconsin – River Falls with a master’s and education specialist degree in school psychology. She is currently employed at River Bend Education District and will be employed with Robbinsdale Public Schools this fall.

Andrew is a 1998 graduate of Richfield High School in Richfield and a 2005 graduate of University of Minnesota with a Bachelor of Science degree in English. He earned his Juris Doctor in 2010 at St. Louis University in St. Louis, Mo. He is employed as in-house counsel for a closely held corporation in Mankato.