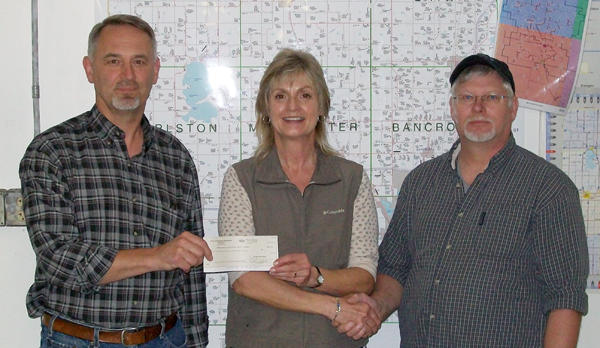 The Freeborn County Fire Association is fundraising to purchase a piece of equipment they think might be able to save some lives.

Steve Siepp, fire chief in Freeborn and Hollandale, said the piece of equipment provides digital fire extinguisher training and is made by BullEx. It costs about $11,000, and Siepp said they’re about halfway done with fundraising.

“It will allow us to train people how to properly use a fire extinguisher without having to use real fire,” Siepp said.

Any of the 16 fire departments would be able to use it, and Siepp said they could take it to schools or community events.

“I think everybody should know how to use a fire extinguisher,” Siepp said.

While they’re abundant, Siepp said most people haven’t ever actually had to use a fire extinguisher.

“If you know how to use it you can put the fire out almost immediately,” Siepp said.

But not knowing how to properly use a fire extinguisher could cause accidental deaths or property damage. Siepp said at the association’s next meeting they’ll be continuing discussions about how to keep raising funds for the equipment.

On Thursday the Maple Island Park Association gave a $500 check to the fire association, and Siepp said many local groups and residents have also donated to the cause. To donate or for more information call Siepp at 863-2152 or Rich Wichmann, Manchester Fire Department chief, at 826-3101.