No ice, no problem 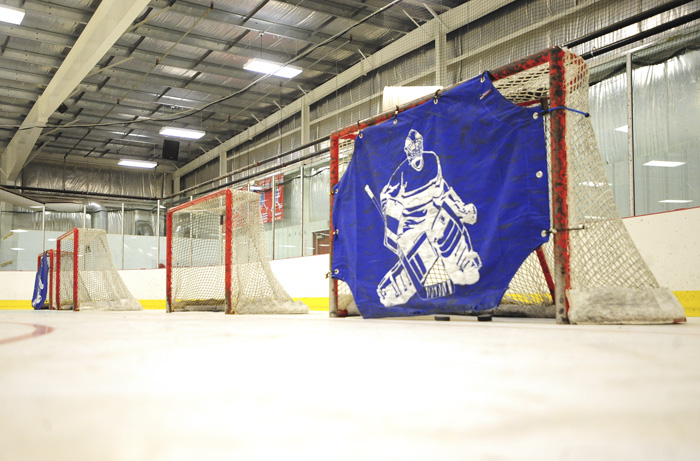 Even though there will be no ice in the Carol Colstrup Arena until fall, hockey players are still able to hold drills.

That’s the low end of what it could have cost to replace the arena floor in the Carol Colstrup Arena, but because employees at the City Arena caught the problem in time, there will be no need for it.

“We started seeing big cracks in our floor and we knew it was time to at least investigate,” said facility manager Bob Furland. “We needed to protect what we have.”

Furland said after speaking with other rinks it was decided that the ice needed to be taken out.

According to Jim Osmundson, maintenance supervisor at the arena, the rink is still settling, but has gone down a lot.

When the ice was taken out in March the floor was at least two inches higher than it should have been. The floor was moving because of all the frost below it.

Furland said when the ice was first put in eight years ago the contractors had said having summer ice wouldn’t be a problem, but it became one.

After speaking with people who work on rinks for a living, Furland and Osmundson found out that the ice should be taken out at least every three years.

Furland said there won’t be ice on the rink until fall just because when the project started, no one knew what was going to happen and contracts couldn’t be made with people who were looking for ice.

The arena staff is taking advantage of the empty rink to do maintenance that wouldn’t have been otherwise possible.

Cracks will be filled with expoxy, the dasher boards will be getting new plastic, the compressor system will get fixed and painting will be done throughout the entire building.

“We have like 300,000 visitors a year so the building is pretty well used and the atmosphere is a little rougher on the building,” Furland said.

The arena not only is home to hockey and figure skating programs, but is also used for soccer, banquets, dog shows, special occasions and also the circus.

“We try to keep it so the whole community can use it,” Furland said.

Furland said the only thing really being affected by the lack of ice is money that normally comes from people looking for summer ice. He said many hockey players travel to Mankato and Faribault for leagues anyway because Albert Lea doesn’t have a summer program.

Furland also said even though there wasn’t ice, Albert Lea High School boys’ hockey coach Roy Nystrom was still able to run a summer camp through the use of shooting boards and slideboards.

Furland said it will be up to the city if there will be summer ice in the future.

He wasn’t sure what the total cost would be to fix the arena.