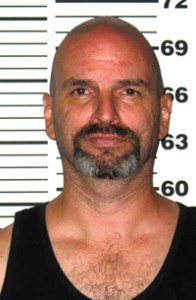 According to the Winnebago County Sheriff’s Office, authorities were notified the offender, Jeffrey M. Weir, 43, had moved to 201 N. Lake St. in Lake Mills.

Offenders are required to notify law enforcement when they move to a new address, obtain new employment, change their physical appearance or get a new job, among other information.

Weir is also wanted on a Mower County arrest warrant for failure to register as a predatory offender. His bond was set at $50,000.

Authorities found the man at the Lake Street address and arrested him on the warrant.

He is being held in the Winnebago County Jail awaiting court appearance extradition proceedings.

The Sheriff’s Office states the case is under investigation and further criminal charges may be pending.