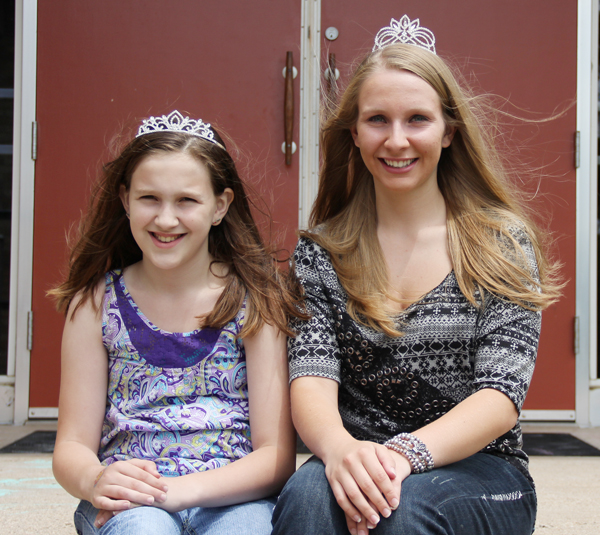 The sisters hail from the Hartland area and were crowned at a banquet earlier this year. They are the daughters of David and Kristine Johnson. 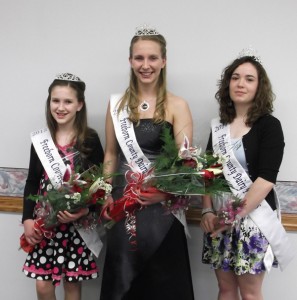 Hailey, 18, and Aubrey, 11, also have a 16-year-old sister Presley. They found out mid-March that they were going to be crowned, and both were excited.

“I was happy,” Aubrey said.

“I was excited — I’ve wanted to do it since I was little,” Hailey said.

Currently their cattle are housed at another farm, but Hailey said their goal is to set up stanchions at their own farm. Audrey has one heifer so far, and Hailey has Jersey cattle, including six cows and six heifers.

Hailey said when she was in sixth grade her dad took her to get a loan in her name to purchase the first cow in the first step to starting her own herd.

“It’s nice to know you own something,” Hailey said.

They both said they’re learning more about responsibility from starting their own herds.

“A lot of people own cars — we own cows,” Aubrey said.

Both said being responsible for cattle is hard work. Hailey said she does like that she gets to keep showing the same animal each year at the county fair.

Duties for the new Dairy Princess and Milk Maid are to promote the dairy industry. Aubrey will read to local kindergartners, and they’ll both be featured in the Third of July Parade and at the county fair. Working in the ice cream stand at the Freeborn County Fair is also a tradition.

Aubrey attends New Richland-Hartland-Ellendale-Geneva School, and Hailey just graduated from NRHEG. She plans to attend the University of Wisconsin, River Falls, in the fall to major in dairy science and pre-veterinary science. She’d like to make a career out of her interest in cattle. The two sisters said they are thankful they were crowned.