Tigers fall to Knights at home 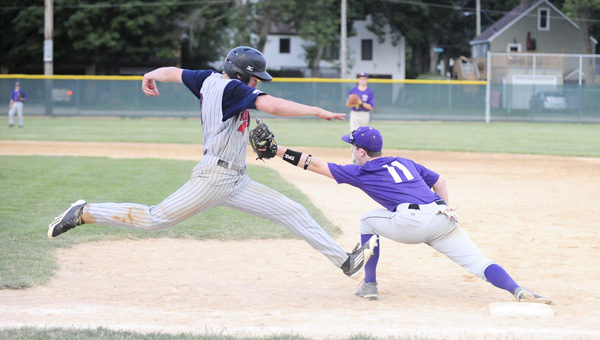 The Albert Lea VFW Post 447 jumped out to a 2-0 lead over Rochester Lourdes on Friday, but the Knights took over for the rest of the game to win 13-3.

One of the biggest problems for Albert Lea was walking too many players in the top of the second.

In the top of the inning with the bases loaded and after getting two walks and a hit to right field, the Knights were walked once again to force their first batter home. A hit-by-pitch and another walk allowed the Knights to take the lead over Albert Lea 3-2. The eighth batter up for Rochester Lourdes hit the ball to the left field and cleared the bases to give the Knights a 6-2 lead.

Before the inning was over the Knights scored two more runs.

Albert Lea was able to score one run in the bottom of the inning and hold off the Knights until the top of the fifth when they scored five more runs to win the game by 10.

Albert Lea’s next game is a doubleheader against Winona on Saturday beginning at 11 a.m. at Hayek Field.