Tom Wesley Admire, 67, passed away peacefully, June 24, 2012, in his home surrounded by family after a courageous battle with metastatic melanoma. 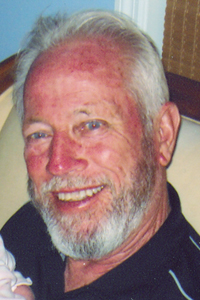 He was preceded in death by his parents, Lillian Shirley and James Admire.

Tom was born and raised in Jackson and graduated from Jackson High in 1963. He entered the service, became a Navy Sea Bee, and did two tours in Vietnam before returning back home to Jackson. Tom and LaVonne were Tupperware distributors (Gala Sales) and ranked top in the nation for many years. They moved around for a few years before coming back to Jackson in 2005. Tom was an avid golfer, hunter and fisherman. He was an amazing husband, father, grandfather and friend.

A celebration of his life will be held at the Watson Funeral Chapel located at 2590 Spring Arbor Road at 11 a.m. Thursday. According to his wishes, cremation will follow. In lieu of flowers, memorial contributions in Tom’s name may be made to Great Lakes Hospice or Melanoma Research Foundation. Visitation will be from 2 to 4 p.m. and 6 to 8 p.m. Wednesday.