Tourney sends one to nationals 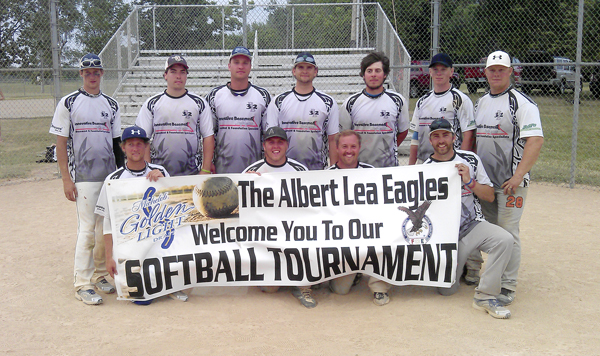 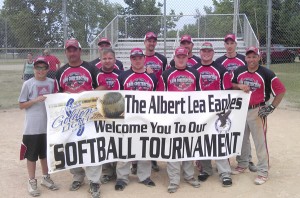 Haug Construction was the second place winner of the softball tournament that was held at Snyder Fields June 9.

According to Matt Dugstad, the tournament coordinator, the Top “E” team was Sputtering Softball from Owatonna.

Dugstad said there were three winners for the first ever Callen Seberson Homerun Derby.

There were 32 entries and Adam Royce, Brandon Klukow and Peter Korfage each hit six homeruns to win.

The derby raised about $300 for Seberson, a friend of the Eagles, who was diagnosed with multiple sclerosis last year. 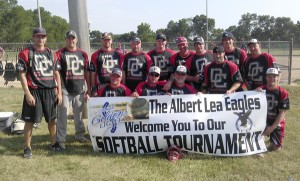 DC softball from Austin placed third in a softball tournament hosted by the Albert Lea Eagles on June 9.