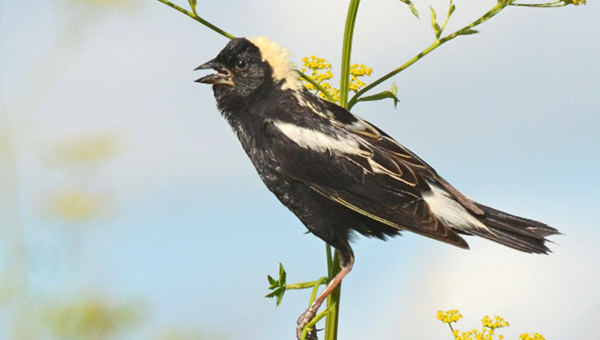 “Everything is nearly copacetic. I just did a marathon.”

“No, I watched one. There was an Andy Griffith Show marathon on TV. Barney Fife made it a giggleathon. I should have been cleaning the barn, but cleaning a barn that has cows in it is like brushing your teeth while eating cheese puffs, Oreos and an onion. That reminds me, my brother-in-law Onions, who I’d like to buy for what I think of him and sell for what he thinks of himself, called me at three in the morning to tell me that he was perfectly well. He’s called Onions because he makes everyone he knows cry. I decided to get even. I know that revenge is a dish best served cold, but I was hot. I also know that Onions takes a nap right after lunch each day. He calls it beauty sleep, but it’s not working. I used a tractor to haul a big round hay bale that I dropped against the front door of Onion’s house during his naptime. The door couldn’t be opened. I put a note on the bale.”

“It said, ‘This is the weight your phone call lifted from my mind.’”

A pleasant fellow from England filmed me as a part of a TV show. He asked me what my favorite bird was. I replied instantly that it’s the black-capped chickadee. What’s not to like about a chickadee? Then he asked me why I loved looking at birds. I gave him an answer, but that is a question that if I were asked 100 times, I would give 100 different answers. There are countless reasons why I watch birds.

Theodore Roosevelt said, “Birds should be saved for utilitarian reasons; and, moreover, they should be saved because of reasons unconnected with dollars and cents… to lose the chance to see frigate-birds soaring in circles above the storm, or a file of pelicans winging their way homeward across the crimson afterglow of the sunset, or a myriad of terns flashing in the bright light of midday as they hover in a shifting maze above the beach… why, the loss is like the loss of a gallery of the masterpieces of the artists of old time.”

I turned off I-94 to visit New Salem, N.D. I wanted to see Salem Sue, the world’s largest Holstein cow. The cow is 38 feet high and 50 feet long. The local Lions Club built her.

I heard an interesting story while there. It seems that New Salem’s first settler, John Christiansen, was breaking virgin prairie while several Sioux Indians watched him. One of the Sioux said, “Wrong side up,” and turned over broken sod so that the grass was again on top. The grassy hills in that area proved to be better suited for grazing than breaking.

I was driving on Highway 281 in North Dakota when I spotted a mallard hen walking six tiny ducklings across the road. There was no other traffic, so I stopped my vehicle and the duck hurried her babies across the road. There was a slight slant to the tarred roadside. This caused the little ones to tumble and roll into the ditch. There they were, safe for the moment. Just like the existing prairie.

I listened to Eva Cassidy sing as I drove to do a Breeding Bird Survey. I make 50 stops for three minutes each at set locations and count all the birds I see or hear. One of my first stops was near a dead skunk. Milkweed plants were blooming and providing a heavenly aroma, but everything smelled like a skunk. At a later stop, a red fox kit sat in the middle of a gravel road and eyed me curiously. I watched as 20 barn swallows mobbed a flying Cooper’s hawk with a barn swallow clutched in its talons. I stopped at Red Oak Cemetery and saw an active wren house hanging above a grave. The Danish Baptist Cemetery had a wren house near one tombstone and a hummingbird feeder by another.

I watched a common nighthawk flying above New Ulm High School. It called “beans” persistently. The nighthawk, not a real hawk, flew high and then dove straight toward the ground. At the bottom of his dive, he flexed his wings downward and the air rushing through the wingtips made a booming sound. This action was repeated frequently without the male touching the ground. Such behavior is directed at females, young nighthawks, or intruders. Nighthawks nest on graveled roofs like the school’s. The erratic flight of the nighthawk earned it the nickname “bullbat.”

Chimney swift eyes don’t open until the birds are 14 days old. They fledge at 28 days of age.

According to MNDOT, there are 35,000 deer/vehicle collisions per year in Minnesota.

In the natural world, there is an old saying, “Eyes in front, made to hunt. Eyes on the side, made to hide.”

The bobolink is one of few songbirds that undergo two complete molts annually, completely changing its feathers on both breeding and wintering territories.

The Wildlife Rehabilitation Center in Roseville accepts injured, sick, or orphaned wildlife. Contact the WRC at 651-486-9453.