Jay and Myrna Montag of Albert Lea announce the engagement of their son, Jonathon Montag, to Anna Dunning, daughter of Doug and Jeanette Dunning of Apple Valley. 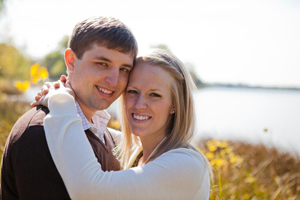 Grandparents of Jonathon are Alberta and the late Jerald Montag of Rockford, Iowa, and Edith and the late John Kolthoff of New Hampton, Iowa.

Grandparents of Anna are LaVern and the late Richard Faltin of Dodge, Neb., and the late Al and Marilyn Dunning of Blair, Neb.

Jonathon is a 2004 graduate of Albert Lea High School. He has a bachelor’s degree in chemistry from University of Minnesota – Twin Cities and a doctorate of pharmacy from Ohio State University. He is employed at Genoa Healthcare in St. Paul.

A wedding is planned for July 28 at University of St. Thomas Chapel.