The cast of ‘Oliver!’ delivers

Movies may have the special effects and television dramas the cliffhanger endings, but nothing can compare to the honesty of live theater. 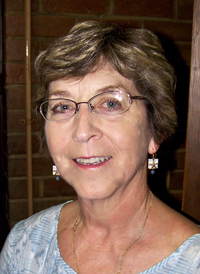 If you want to see an example of how theater is alive and well in Albert Lea this summer, you have only to purchase a ticket to see “Oliver!” now onstage at the Marion Ross Performing Arts Center.

The young members of the cast are a wonderful demonstration of the future of theater in Albert Lea. The lights go down, the orchestra plays the overture, the orphans march in, break into song and dance with “Food, Glorious Food” (as they await their allotment of gruel) and the show begins.

The young actors in this show are phenomenal. They are focused, react appropriately and sing very well. From the children in the orphanage to boys in Fagin’s gang, the young actors are a convincing group.

Based on the amount of talent evidenced by the young people on stage, Albert Lea audiences are ensured of fine community theater for years to come.

“Oliver Twist” was written by Charles Dickens in 1838. The musical version, “Oliver!” was first performed in 1960, and there have been several revivals and a movie version produced since its inception. The plot revolves around a hapless orphan named Oliver Twist. Oliver is sold by the conniving Mr. Bumble to the equally unsavory Sowerberrys.

Escaping their clutches, he is befriended by the Artful Dodger only to come to the fate of being taken in by Fagin, a pick-pocket who has a gang of boys working for him.

While there, however, he meets Nancy and Bet, two sisters also existing in the underbelly of society. Nancy, in love with the thoroughly evil Bill Sikes, takes a special interest in Oliver as she sees an innocence in him.

Throughout the show, the characters are faced with the choice of how to survive; just as in real life, the choices do not always lead to happiness.

Some plays and musical become dated, but after 52 years the message of “Oliver!” is still relevant. Although we may not have the horrendous child labor conditions prevalent in England in Dickens’ time,   we still are plagued with a number of social injustices that can only be dealt with when people use their innate goodness to bring about change.

Director Steve Kinney has assembled a cast of more than 50 singers and actors from Albert Lea, Alden, Austin, Emmons, Freeborn, Northwood and Wells to perform the roles required.

From that cast, there are three who stand out as being consistently in character and a joy both to watch and listen to every time they are on stage.

Young Dane Brownlow in the title role of Oliver, already a veteran of several shows at age 11, is spot on with his expressions, vocal production  and dialect. He even keeps his English accent when he is singing! His poignant rendition of “Where is Love?” was especially touching. He also held his own as part of the quartet of Nancy (Amelia Holcomb), Artful Dodger (Sam Ehrhardt) and Bet (Kristen Eilertson) singing “I’d Do Anything.”

A second actor worthy of special recognition is Cameron Davis as Fagin.  He manages to find the humanity in a rather despicable character. There is a wonderful range of emotion between “You’ve Got to Pick a Pocket or Two” and “Reviewing the Situation,” especially in the reprise. One has to wonder which choice he ultimately will make in life. Is he even capable of change?

Kudos for the most expressive performance, however, has to go to Amelia Holcomb in the role of Nancy. The role requires a wide range of emotions and vocal versatility. She consistently delivers the correct tone from the rather bawdy  “Oom Pah Pah” to the heartbreakingly poignant in “As Long As He Needs Me.” She is animated, consistently in character and a joy to listen to.   She sympathizes with young Oliver, but will she be able to sustain the change he evokes in her or will her love for the criminal Bill Sikes overwhelm her maternal instincts?

One of the smaller group numbers that was absolutely lovely was the quintet of Street Vendors portrayed by Nick Bera, AnnMaire Caporale, Emily George, Kelli Hanson and Sergio Salgedo paired with Dane Brownlow as they sang “Who Will Buy?” It was a difficult number, well-executed.

There were a few problems with diction as the actors were using accents and at times projection could have been better.  With a cast this large, the weaknesses are not surprising.

Overall, however, the entire ensemble performed well as they portrayed multiple roles.   One of the nice features in the show is that a number of actors had small solos within the larger numbers, which gave many actors a chance to shine. The ensemble also helped shift the scenes to keep the show flowing smoothly.

A small-but-proficient orchestra under the direction of Norrine Jensen very ably accompanied the show. The entire production was under the direction of Kinney, who also designed and built the set, which worked very effectively. Choreography was created by Joyce Matthies and costumes were under the supervision of Barb Lange. Take advantage of the opportunity to see the future of theater in Albert Lea by attending “Oliver!”

Lilah Aas is a retired high school English teacher who resides in Albert Lea. Showtimes for “Oliver!” are printed in the events calendar on Page 3.