Parade has something for everyone 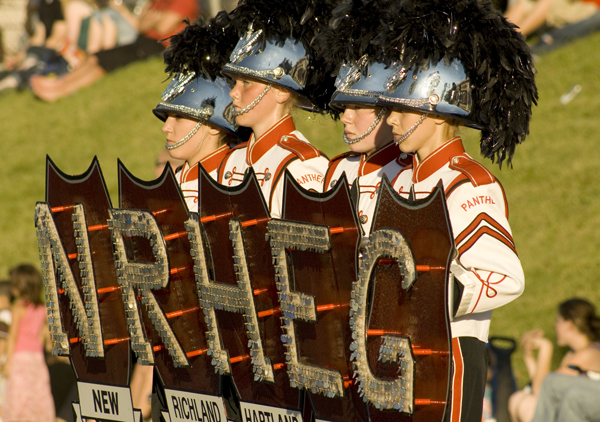 The Third of July Parade features many floats of business, organizations and student groups in the community.

Waste Management will be one of the businesses in the parade this year to show off their new compressed natural gas trucks. 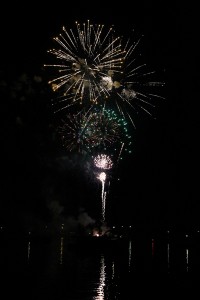 “It’s a great opportunity for an educational experience for the people at the parade,” said Julie Ketchum, senior manager of public affairs at Waste Management.

Waste Management advertises itself as an environmentally friendly company. Even the signature on their company emails reads “Waste Management recycles enough paper every year to save 41 million trees.” So it makes sense that they would want to advertise their new reduced emission CNG trucks. But what exactly does “compressed natural gas” mean?

CNG is an alternative to gasoline made by compressing natural gas to 71 percent of its volume. The gas is odorless, colorless, tasteless and costs 50 percent less than gasoline or diesel. Depending on the type of vehicle CNG gas emits 90 percent less emissions compared to gasoline. The gas is abundant right here in North America too.

Waste Management is transforming their fleet of trucks to new CNG trucks. Even though the initial cost of the trucks is more expensive than the original trucks the company will save money in maintenance. Converting to the CNG trucks will reduce 50 percent of air pollutants by 2015.

“It’s our way of moving to a more environmentally friendly truck,” Ketchum said. 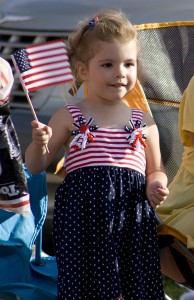 A young girl in a patriotic dress waves an American flag during the Third of July Parade in 2011. -- Sarah Stultz/Albert Lea Tribune

The Albert Lea High School student newspaper, the Ahlahasa, will have a float in this year’s parade for the first time. This year is the Ahlahasa’s 100th anniversary. They will be advertising their centennial with the float and other ways throughout the summer and school year.

“As a staff we really thought that taking part in the parade would be a really great way to allow the community to get to know more about the paper and what we do,” said Ahlahahsa Media Coordinator Emily Brazil. “We want to make this year extra special.”

The Ahlahasa will be doing a number of things to get the news out about the 100th year. They have started a Facebook fan page and will be updating it during the summer to keep their readers updated on what to expect during the school year. Every issue will have a story from a previous year ran. The Albert Lea Tribune will have a section dedicated to the Ahlahasa in September.

The 2012 staff has 18 members on staff this year: eight seniors and 10 juniors. The co-editors for the year are Lani Hanson and me. ALHS English teacher Riley Worth is the adviser of the Ahlahasa and the sophomore newspaper, The Sophisticate.

“We thought it would be a good bonding activity for the staff and also a way to spread the word,” Hanson said.

The Robotics Team at ALHS will be in the parade this year with their robot shooting candy at the crowd. The float will have a control station for a robot.