USC band is on the march 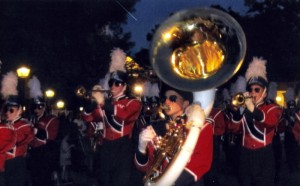 The band boarded a charter bus at 8:30 p.m. July 2 and headed for Gatlinburg, Tenn., to perform in the Fourth of July Midnight Parade, which bills itself earliest parade in the nation. It has been in existence for 37 years. Yes, it starts at midnight. People arrive at 11 p.m. July 3, and the performances begin at 12:01 a.m. July 4 under street lights.

After their performance the band boarded the bus again and headed through the night to Orlando, Fla., to perform at Walt Disney World. The band performed before the renowned Electrical Parade on Disney World’s Main Street. 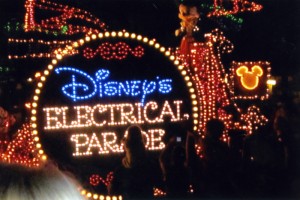 The USC band played after dark in the Electrical Parade at Walt Disney World in Florida.

The bands that perform in the Electric Parade have to send audition videos in order to perform. The USC marching band sent two separate videos to Disney World.

After the parade the students toured the attractions at Disney World, such as The Magic Kingdom and Disney Hollywood. They had a cookout at Melbourne Beach, Fla., on July 6. Vondracek said that for most of the students it was their first time visiting the ocean.

The band arrived home on July 9.

Every two years, the USC band travels to perform. In 2010 it traveled to St. Louis. The Fine Arts Booster Group helps out by organizing fundraisers for the students.