Wrapping up a year of the presidency 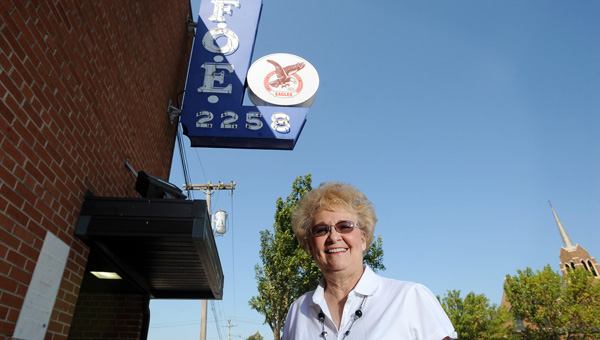 After a busy year of traveling all over the U.S. and Canada, Albert Lean Gwen Stallkamp is ready for her next step with the Eagles Grand Auxiliary.

Stallkamp is ending her year of the Grand Madam President position, but that doesn’t mean she’s done all there is to do in the organization. Next she’ll be chairwoman of the board, and in the coming years will hold other positions.

“I’ll still be the Past Madam President so I’ll always have some assignments,” Stallkamp said.

Stallkamp is just the second president from Minnesota and the region, which includes North and South Dakota. She became a member, with the Albert Lea Eagles Auxiliary, in 1978. She was elected the local president in 1982, and then the state president in 2000. 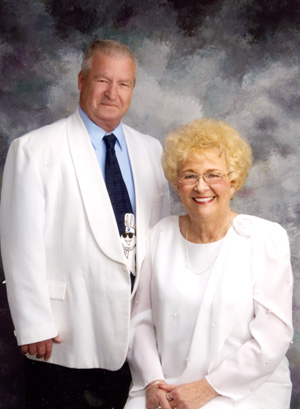 “It’s a great organization that works with charities,” Stallkamp said.

In her year of travels Stallkamp got to travel around the states in the U.S. and provinces in Canada to talk to Eagles auxiliaries. In many ways the position was an exhausting one.

“I wasn’t home much in the last 12 months,” Stallkamp said.

She traveled mostly by plane to various states and regions and then often traveled by car with local auxiliary leaders to various clubs. One example of how much traveling Stallkamp endured is that she was only home in Albert Lea three of the 30 days in April.

But the work was all worth it for Stallkamp who said she enjoyed the chance to meet so many members of the auxiliaries and the chance to speak about the important charity work the Eagles is doing.

One of the major things she spoke about was the Eagles’ diabetes research center at the University of Iowa. The Fraternal Order of Eagles donated $25 million over five years to the university for the research. Stallkamp said the cause is an easy one to support because diabetes affects so many.

“There isn’t anyone who doesn’t know someone with diabetes,” Stallkamp said.

The other project Stallkamp spoke about is one that is near and dear to her — the Jacob Wetterling Resource Center. The center was founded in 1990 in Minnesota and its focus is to educate children, families and the community about child abduction and how to keep children safe.

“I was so impressed with them,” Stallkamp said. “It’s a wonderful organization.”

“I talked about the aeries and auxiliaries getting along with each other,” Stallkamp said.

She also spoke about preserving, protecting and promoting the long-standing organization. In her free time during her travels Stallkamp was able to do some sight-seeing, but there was never much time for that.

Stallkamp will end her presidency at the next grand convention, which will be in Grand Rapids, Mich., in the second week of July. Stallkamp said Albert Lea will be sending a memorial team of 14 people for the convention’s memorial ceremony.

Though she’ll continue to be involved in the organization in various capacities, Stallkamp said she was thankful to be chosen as president. She enjoyed meeting many new people throughout the year and the chance to promote the Eagles, an organization she’s proud of.