A 46-year-old man with two previous convictions of sexual abuse against children was charged Monday for allegedly molesting a 9-year-old girl. 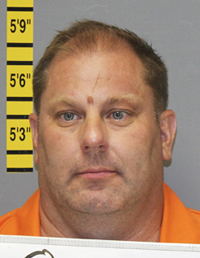 According to court documents, Morrow’s last known address in 2008 was in Mexico City; however, the registration has not been updated since. He had allegedly been using a false first name of Robert and was found to be living at 621 E. Eighth St. in Albert Lea.

Police were alerted to Morrow after receiving a report of inappropriate touching that had taken place at the Albert Lea city pool. Morrow had reportedly sought out the girl, who was a friend of his daughter’s, and who was visiting the pool with the Salvation Army summer program.

He was reported again, later in the same week, coming to the bowling alley while the group was there and giving money to the girl.

After talking with the girl’s mother, police found out the girl had gone on several trips with Morrow, his daughter and sometimes other girls since March or April to places such as Disney World in Orlando, Fla., Dollywood in eastern Tennessee, the beach community of Galveston, Texas, and Valley Fair in the Twin Cities. Morrow’s wife was usually not present.

The girl and Morrow’s daughter knew each other through a dance studio.

According to court documents, the girl had also reportedly stayed overnight many times at Morrow’s home, sometimes with a group of about three or four other girls the same age.

The inappropriate touching reportedly took place while the girl was at the house in Albert Lea and on trips to Florida and Tennessee, court records stated.