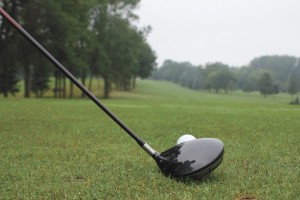 This is the first of a seven-part series featuring the seven best golf holes in southern Minnesota.

The back nine at Green Lea Golf Course provide five opportunities for birdies for many golfers at this Albert Lea establishment, and most would say of them, Hole 17, a fun shoot-down-to-the-green run, is their favorite.

Not Riley Worth, the boys’ golf coach at Albert Lea High School. He selected a par-4 on the front nine as his favorite.

“I am picking this hole because it has got my goat,” he said. “I have not mastered it, and I am not sure I ever will, but I love the challenge.”

Hole 9 is a slight dogleg to the left. If a player slices or hits the ball straight and hard, it goes into the next fareway or into a stand of trees, yet a hook is hard to control.

Good players, Worth said, hit a 3 wood, instead of their driver, to reach the flat part of the fareway before a long rise to the green.

“They are thinking of the A player who hits the ball squarely might get the ball to draw left at the end of the flight, getting them on that rise.

The approach is semi-blind in that they can see the flag but not the green. The green is drawn, however, by the golfer’s imagination because it is staged by pines on the left and golfers starting on Hole 1 on the right. In addition, the green is elevated on three sides.

Players hit, then look at the Hole 1 golfers, who usually are watching, to see if the ball landed well. A thumbs up indicates success.

And the big, clover-shaped green is deceptive.

“When you make a green look flat, yet build in a lot of subtle contours, that’s what I love,” Worth said.