A night of hope 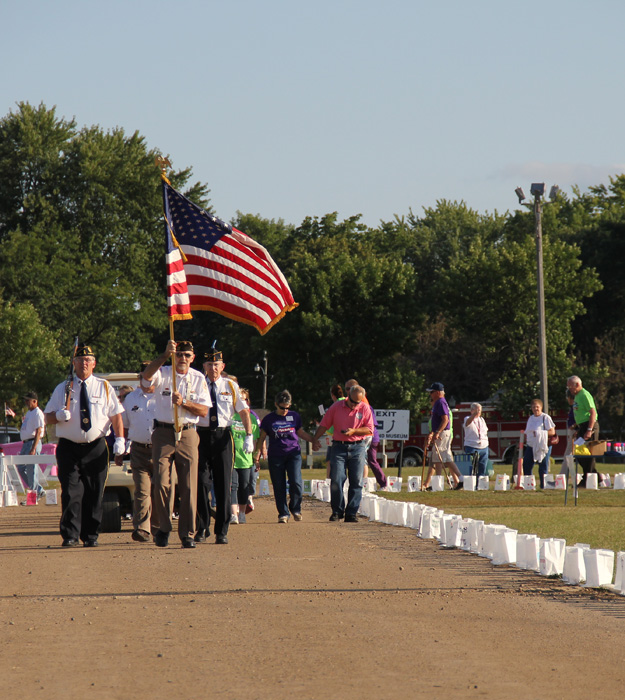 Hundreds unite to speak out, walk for a cure against cancer

The Freeborn County Relay for Life is in its 10th year, and one Albert Lea woman has been coming to it since it started. 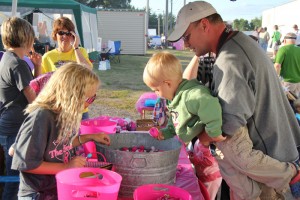 Logan, held by Bill Wietman, picks out a prize at a game at the Freeborn County Relay for Life Friday. Emma and Thea Hoffman, supervised by Ashley Hoffman, helped with the game. -- Kelli Lageson/Albert Lea Tribune

Charlene Becker is a skin cancer survivor and has been coming to the Relay for Life event with her husband, Otto, since the first year.

“My dad died of cancer, and so did my sister-in-law,” Becker said. “I only had skin cancer so I’m very lucky.”

Becker said she’s had skin cancer almost every year for at least 15 years. She and her husband like to come to the relay and camp with friends.

“It’s really neat,” Becker said. “We’ve known people who have been honored before.”

The 10th annual Relay for Life, held at the Freeborn County Fairgrounds, started at 6 p.m. Friday. After opening ceremonies, the group of roughly 500 cancer survivors walked around the pathway for the Survivor Lap. The Team Lap was next, and then participants socialized and raised funds for the rest of the night.

Other events included the silent auction, kids’ games, bingo and live entertainment from 7 p.m. to 6 a.m. Albert Lean Nancy Bergen was at the event with her husband, Pat, and said they come to show support for others. Nancy is a two-year survivor of uterine cancer, and Pat is a seven-year survivor of bladder cancer.

“We just come for the evening,” Nancy said. “Our grandchildren made bags for us.” 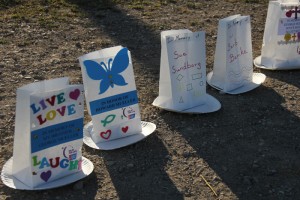 Bags decorated for loved ones and friends line the walkways set up at the Freeborn County Fairgrounds for the Relay for Life event Friday. — Kelli Lageson/Albert Lea Tribune

Local Relay Chairwoman Vicki Manges spoke at the opening ceremonies and said she was glad to see so many people from the community fighting against cancer together.

“We’re all here for the same reason — to end cancer,” Manges said.

Manges then accepted a check of more than $41,000 from the Freeborn County Bike-A-Thon’s committee. Then Honored Survivor Helen Allison spoke to the crowd.

“I’m proud to be a survivor,” Allison said to the crowd. “I feel overwhelmed by the many people still conquering cancer.”

Luminaries were lit at dusk, and a bagpiper walked the track. The relay, the signature event of the American Cancer Society, started at 6 p.m. and continued through the night to 6 a.m. Saturday. 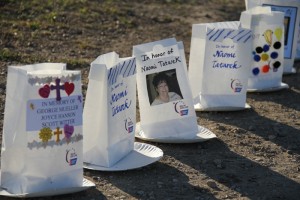 Thousands of bags were decorated for the Freeborn County Relay for Life, which started at 6 p.m. Friday. — Kelli Lageson/Albert Lea Tribune

“When you see that amount of money that’s brought in this community, it just goes to show we all have the same hope,” she said. “We just want to find a cure, and it shows that our community is willing to go over and beyond the call of duty to make this happen.”

This was the most the Freeborn County Relay for Life has made since it began 10 years ago.

In 2011 the Relay for Life raised $131,000. Funds raised at the event go to cancer research, prevention and treatments.