Funeral services for Ashle Gjert Skaar, 95, of Hayward, will be at 10:30 a.m. Thursday at Hayward Lutheran Church. The Rev. Katie Fick will officiate. Interment will be at Hayward Cemetery. Visitation will be one hour prior to the service at the church. Online condolences are welcome at www.bayviewfuneral.com. 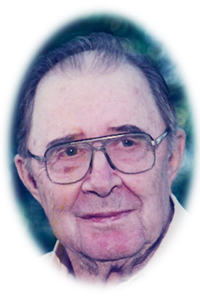 Ashle Gjert Skaar was born on March 31, 1917, in Hayward the oldest of four siblings, to Peder J. and Elsie (Lunde) Skaar. PJ and Elsie moved to their farm in 1918 with 1-year-old Ashle. Ashle lived the rest of his life on the same farm, farming first with his father and later purchasing the farm from his father. He attended country school in the Hayward area and graduated from Albert Lea High School. On Sept. 9, 1947, he was united in marriage to Harriet Frydenlund. Together they raised a family of seven children and operated a successful productive dairy farm with prize-winning Guernseys. While growing up, Ashle was active in the Hayward 4-H and was named the Minnesota State Fair grand champion dairy judge in 1934. Later, he showed the same adept eye in helping select Guernseys from the family herd for his children’s 4-H projects, who went on to win many county and state fair prizes. Ashle was a firm believer in the importance of improving yourself through education and encouraged all of his children and grandchildren to do well in school and seek higher education. Throughout his life, he was a voracious reader and was particularly interested in history and geography. Ashle was an expert in family Norwegian genealogy. In later years, distant relatives from across the country and even Norway visited the farm to seek out Ashle’s encyclopedic knowledge of family history going back to the time before immigration. Over the years, Ashle and Harriet enjoyed traveling to Disney World, Washington, D.C., and across the western part of the United States. The highlight of their travels was a trip to Europe that included visiting farms in Norway where their immigrant ancestors had lived.  Ashle was a member of the Red Oak Grove Creamery board and a trustee of the Hayward Lutheran Church, where he was a life-long member.

Ashle was preceded in death by his parents.

Ashle was a good hearted man who had an inquisitive mind and showed great interest in the world and everyone he met. He will be greatly missed by his family and all who knew him.