The Shell Rock River Watershed District office is slated to move out of the Freeborn County Courthouse within the next two weeks. 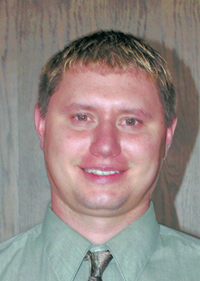 Behnke said the move, though not ideal, will allow for all of the watershed district staff to be in one office and also provide a place for equipment. Previously, staff have been split into two locations, and equipment has been stored at an outside storage unit.

“We’ve always been looking for a facility that would accommodate our storage needs and office needs,” he said.

The move will save the entity about $10,000 a year in rental costs, Behnke said. Between the storage unit and paying Freeborn County to lease the space in the courthouse, it has been paying about $18,000 a year.

The Shell Rock River Watershed District offices have been in the courthouse since the creation of the half-cent local-option sales tax seven years ago.

Behnke said last year the board members who oversee the district talked about constructing a new building that was economically feasible, but ultimately, they decided to go with renting at a different location. He said he is unsure how the visibility will be at the new location.

He said there will be an open house scheduled for the public at a later date.