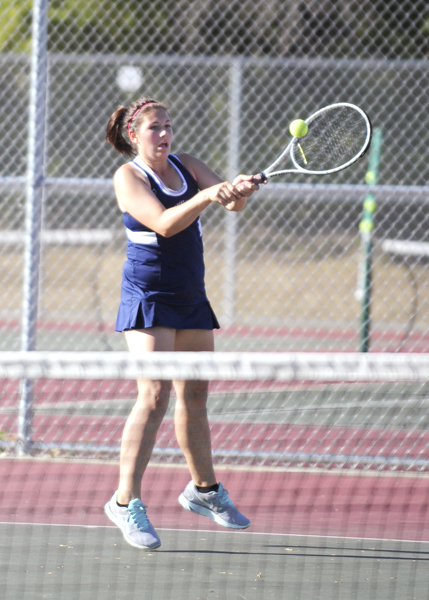 The Albert Lea tennis team has yet to win a varsity match in the 2012 season, but the No. 1 singles player, Megan Gilbertson, was able to score for the Tigers Monday during a match against Blue Earth.

Gilbertson won the first set against Karleigh Wolff 6-4 and lost the second 6-4. In the third set, she picked up the win with a 10-5 tie breaking score.

“This is typically the toughest spot to play on a tennis team,” said Tigers head coach Matt Levorson. “She played a great match.”

“We picked up more games than we have in previous matches and are getting better at closing the match,” Levorson said.

Levorson expects today’s match against Mankato West to be a tough one.

The match will be at home again and is scheduled for 4:30 p.m.

The team will be on the road twice this week as well.

The Tigers will play in Faribault on Thursday and in Austin on Friday to round out the week.