How grateful I am to be represented by Rep. Rich Murray in the Minnesota House of Representatives! 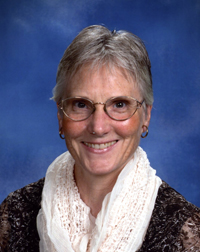 I can still remember a research paper I wrote while studying international relations in 1982. My topic was the crushing debt load borne by a Latin American country unable even to pay annual interest on its loans, let alone principal. Despite an abundance of natural resources, the country had no hope of ever repaying its debt, only the dismal prospect of perpetual poverty. By 1999, so many Third World countries were in the same predicament that the United States Conference of Catholic Bishops issued a “Jubilee Call for Debt Forgiveness” seeing no other way out for either debtors or lenders.

Later, living in Croatia I saw, not on paper, but firsthand the sad outcome of living on borrowed money. Croatians of my generation recounted living large in their youth. Annual trips to the Adriatic Coast and winter excursions to the mountains were the standard.

The trouble was that was on borrowed money and borrowed time. It ended after Josip Tito died in 1980 and with him easy access to international loans. Granted, Yugoslavia also underwent war and dismantling of the country. (Croatia is part of former Yugoslavia.) So national debt was not the only factor, but according to many it was a significant factor. In better days, a woman I knew represented her company all over Europe, complimented by Italians and Austrians alike on her stylish dress. When I met her she lived in an unheated one-room apartment I had turned down as too dismal to rent. With only meager possessions left, she lives on what little income she can scrape together doing odd jobs and cleaning the house of a compassionate neighbor.

Lest we think that cannot happen in our own country, we need only pay attention to news coming out of California about once prosperous cities now filing for bankruptcy and defaulting on health and retirement benefits. Photos of dilapidated and abandoned buildings there could readily be mistaken as snapshots from a Third World country.

En route from Arizona to Minnesota several years ago I was appalled by similar scenes along the way. Seemingly once-thriving communities appeared as abandoned as ghost towns after the gold rush. Closer to home, empty, rundown buildings throughout downtown Albert Lea appear hauntingly similar to those in the town where I lived in Croatia, only more numerous.

It is for these reasons I share the alarm of many over our own extreme debt as a nation. It is for these reasons I was so deeply grateful when a man the caliber of Rich Murray with his expertise in finance stepped forward to offer his service in the effort to resolve our own state debt crisis. What better candidate could there be than one with his credentials: a Bachelor of Arts with a double major in accounting and business administration and a concentration in finance, together with a Master of Business Administration? Nor is there a more disciplined, harder working public servant than Murray.

For these reasons I have been astounded by the baseless criticisms against Murray and the malicious effort to unseat him. What do his opponents hope to gain? If we lose a man as qualified and competent as Murray in the struggle to bring our debt under control, we might as well join the survivalists in preparing our own storm shelters. For the storm is upon us and the forecasts dire.

I urge you to evaluate carefully everything said about Murray. If you do, I am convinced you will conclude, as I have, that if Rich loses we will too.

Nancy Overgaard is a member of the Freeborn County Republican Party.