Packin’ up the Tigers 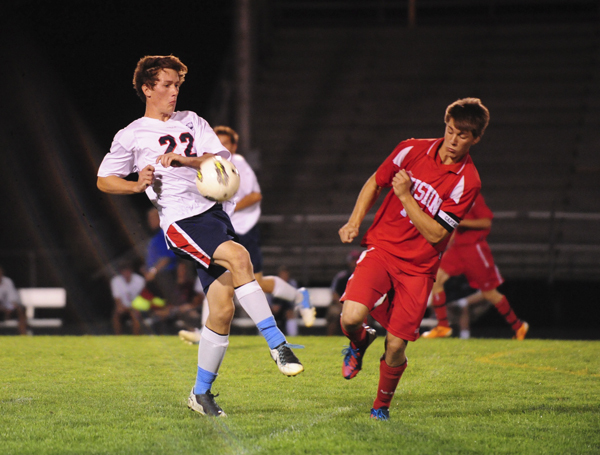 Dylan Anderson knees the ball on Tuesday during a game against Austin. The Tigers fell short 8-3. -- Brandi Hagen/Albert Lea Tribune

The Albert Lea boys’ soccer team were stopped short of the win after facing Austin at home on Tuesday. 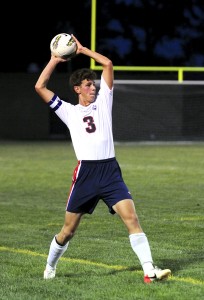 Tate Tufte throws the ball in bounds during the soccer game against Austin on Tuesday.

“We see them as this huge titan of a team, and we need to try and overcome that,” said Joe Squires, Albert Lea boys’ head coach.

Before the first half, Squires tried to build his team up to be confident enough to make risks. He said he tried again in the second half too, but the skills aren’t quite there yet.

For the next game, Squires said the boys will work on getting their bodies in better positions to keep the pressure off the defense.

“Austin beat us overall in transition and they were more willing to get forward in the offense,” Squires said. “They had a lot of bodies up there and trusted their defenders. We were playing too frantic, trying to do too much on our own.”

Albert Lea’s next game is in Owatonna on Thursday. The game is set for 7 p.m.

Squires believes the game will be more in the Tigers’ favor because last year the game went into overtime, and he feels his team is stronger this year.