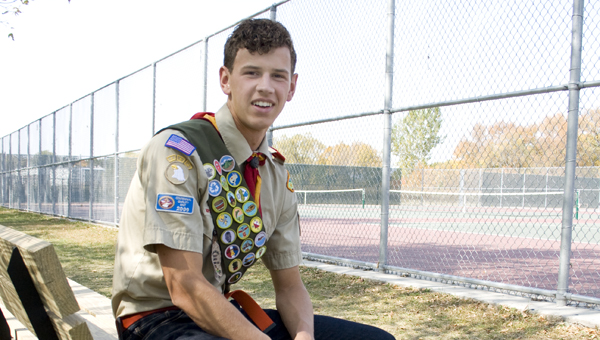 Parents and spectators coming to tennis matches at Albert Lea High School now have a place to sit and watch the sport thanks to one student at the school.

As part of his Eagle Scout project, senior Tate Tufte organized the construction of six benches — three on each side of the courts.

“It was a cool feeling to know I built these,” said Tufte, who is on track to receive his Eagle Scout Award before his 18th birthday.

Having played tennis himself from eighth grade up until last year, he said his mother often told him it was difficult to bring lawn chairs to the matches. If parents or spectators were not able to bring chairs, they had to either stand or sit on the ground.

Right away, Tufte said he had to think about whether the project was plausible, develop a layout for the benches and plan for the materials.

Tufte said school officials approved the project, and he got the metal for the benches from Lou-Rich and the wood from Alamco Wood Products.

He and other volunteers started building the benches Aug. 1, and after about 222 volunteer hours, the project was complete.

“That was really a long month of work,” he said. 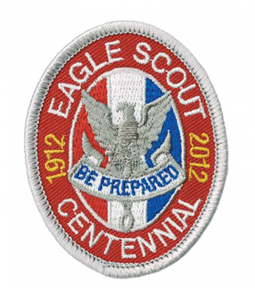 ALHS tennis coach Matt Levorson said so far the benches have been utilized every match. The benches are surrounded by mulch.

This week, Tufte is submitting all the necessary paperwork for the project, and then upon board approval, he will have a ceremony to receive the award.

To become an Eagle Scout, the Scouts also have to obtain a series of merit badges. This is the centennial year for the Eagle Scout Award.

Tufte, the son of Steve and Kaye Tufte, said Scouting has taught him leadership.

“It’s helped me work with people better,” he said.

He belongs to Troop 7, which meets at Halverson Elementary School.