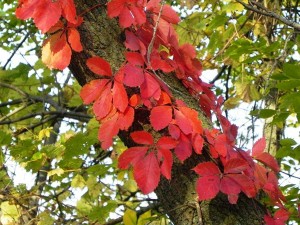 “Everything is nearly copacetic. I eat cake any time I want because every day is somebody’s birthday. I try to take time for self-reflection. I like to do it while the mirror is all fogged up after a shower. If I had a dollar for every time my mind has wandered, I’d have, hey, are those smoked almonds? Now what was I saying? That’s the trouble with a wandering mind, it doesn’t always come back. At least I’m not one of my neighbors. If the lights in his home were controlled by motion detectors, Still Bill would forever be in the dark. His feet are so big, he has to go outside to turn around. He is severely lacking in ambition. When he has the chills, he doesn’t even shake. Still Bill told me he’d been seeing a coyote around my place. I started watching for it. It wasn’t long before I saw a coyote in my yard. He had one of my chickens in his mouth and a flashlight in his paw. I got my rifle and drew a bead on that varmint.”

“No, I was about to pull the trigger when that coyote turned off the flashlight and I couldn’t see a thing.”

At the big end of my binoculars

I looked up to see one Canada goose separate from the flock. It had likely become distracted while texting. I watched as two pheasants fought on the roadside. They were females in hen-to-hen combat. I saw songbirds feeding on the berries produced by small trees. Bird friendly plants are like planting bird feeders — feeders that provide not only food, but refuge as well. I heard a crow calling “crow” and spotted three crows standing on a dead deer in the road ditch. It looked as if they were waiting for another crow to show up with a deer opener.

A friend said, “Sure, I like nature. I watch it on The Weather Channel.” In fact, Americans cherish nature and wildlife. A recent Opinion Research Corporation poll for Kellert and DJ Case found that one in five American adults characterized nature, wildlife and the outdoors as their most enjoyable interests, and an additional 37 percent described nature, wildlife and the outdoors as among their more enjoyable interests. Thirty-one percent of American adults said they get outdoors daily to see and experience nature and an additional 29 percent indicated they take time to get outdoors on a weekly basis.

Judy Boyd of Red Deer, Alberta, Canada, told me that her aunt had a pet black-billed magpie, named Maggie, that she had taught to say, “I love you.”

One day, Judy’s father thought it would be funny if he taught the bird to swear. While Judy’s aunt was gone from home, the man sat down by the magpie and began to cuss. He started out with some minor profanity. For each expletive, Maggie responded with, “I love you.”

The man resorted to harsher words in a louder voice. To each expletive, the bird replied, “I love you.”

Judy’s father gave up trying to teach Maggie to cuss. Maybe that’s why the bird loved him.

Cathy Johnson of Peterson writes, “I had a conversation with my 3-year-old grandson Eli. He asked me, ‘Grandma, why don’t you have a cat?’

“I explained that I had a few reasons, but the main one was that cats eat birds, and I like birds. His answer was “Well, birds eat worms, and I like worms.”

Taking a life-bird out for lunch

Judy Boyd and Dorothy Hazlett, both of Red Deer, Alberta, spotted a gray-crowned rosy-finch some years ago. It was a lifer for both women, the first of its species that either had seen. The finch landed in the middle of the road, and the women got out of the car to set up a spotting scope. While they were doing that, a Cooper’s hawk flew down and took the finch out for lunch. It might have been a life-bird for the hawk, too.

“Is there a trap I could use to catch garbage (picnic) bugs?” Gather 1 cup of sugar, 1 cup of vinegar, and one or two banana peels. Pour the sugar and vinegar into a bottle and stuff in banana peels. Fill bottle half way with water. Discard bottle cap. Hang from a low tree branch.

“What do mink eat?” Mink eat just about any type of animal that lives in or near water, including fish, frogs, ducks, crayfish, eggs, lizards, grubs, earthworms, mice, muskrats, rabbits, mice, chipmunks, fish, snakes and birds.

The publication of the Audubon Chapter of Minneapolis offered this quiz.

Match the numbered description to the correct birds indicated by letters:

Read on for the answers.

A vein of goldfinches is a wonderful collective noun.

The hackberry tree provided the oldest-known foraged food. Found on every continent except Antarctica, any culture that arose near hackberry trees utilized them as one of their main sources of food.

The population of northern pintails has declined 71 percent since 1967.

Coyotes maintain a small, one-third of a square mile territory near O’Hare Airport in Chicago.

Turkey vultures don’t have a 5-second rule regarding food on the ground, but they might have a 5-day rule.

Answers to the bird quiz:

Why did the chicken cross the road?

“There is only one way to happiness and that is to cease worrying about things which are beyond the power of our will.” — Epictetus