Clearing up falsehoods said about Murray

In a recent letter to the editor, one of the local misinformed DFLers wrote that if you tell a lie seven or more times you may begin to believe it.  This local anti-Murray group must tell these lies to each other on a regular basis and then assume they are true. The problem is they never use facts in their arguments. 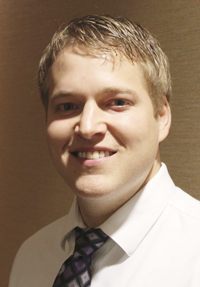 Myth No. 1: State Rep. Rich Murray voted to shut down the state government.

Fact: There was never a vote in the Legislature to shut down the state government. Instead, the Legislature sent multiple proposals to the governor. The governor also had the choice to keep the lights on for many state functions, but instead chose to shut the state down. For those unaware, Rep. Rich Murray and Gov. Mark Dayton met in Albert Lea, for about an hour, one-on-one the evening before the governor ended the shutdown.  This is indicative of Rich Murray’s unique ability to work with both parties.

Myth No. 2: Murray voted to cut funding for area schools.

Fact: Murray was able to secure a $300,000 funding increase for Albert Lea Area Schools while closing the disparity gap between metropolitan and Greater Minnesota school districts. Former Rep. Robin Brown argues that state funding for schools is not fair. She is right, but this is definitely a step in the right direction. Let’s tell the truth and give credit where credit is due — under Murray’s term, we received a funding increase and closed the gap.

Fact: A simple check on the state revenue website will show you that former Rep. Robin Brown left office with $4.7 million in funding for LGA for the city of Albert Lea. Current funding under Rep. Rich Murray — $4.7 million!

You do not need a calculator to see that there has not been a cut to LGA funding. If you want to talk cuts to LGA when Brown took office, LGA was funded at $5.6 million. Looks to me like a 16 percent cut to LGA for the city of Albert Lea on Brown’s watch.

Where was DFL candidate Shannon Savick the past two years since she was not in St. Paul to make these tough votes?  I say, good question! She was not the mayor of Wells the past two years either, while there has been a Republican Legislature. So when Mary Hinnenkamp states that Shannon was making “daunting task decisions” it wasn’t on Murray’s watch.

These daunting tasks were forced upon our cities by her current supporter Brown and the DFL-led Legislature.  Shannon Savick didn’t have to make any choices that the Republican-led Legislature forced her, 1. because there were no cuts to LGA this past session and 2. Shannon was not mayor during this last session!

Murray is the hardest-working state representative we have had in recent memory! Ask any of the hundreds of individuals that he has made personal home visits to hear and discuss their issues. Murray is a visible, open-minded and knowledgeable representative. Residents of District 27A and the state of Minnesota are grateful to have him in St. Paul. There is not another individual that can match Murray’s efforts and determination to serve his district. We need to keep Rich’s independent mind working for us in St. Paul.

Vote Rich Murray for District 27A State Representative on Nov. 6!