It had to be here 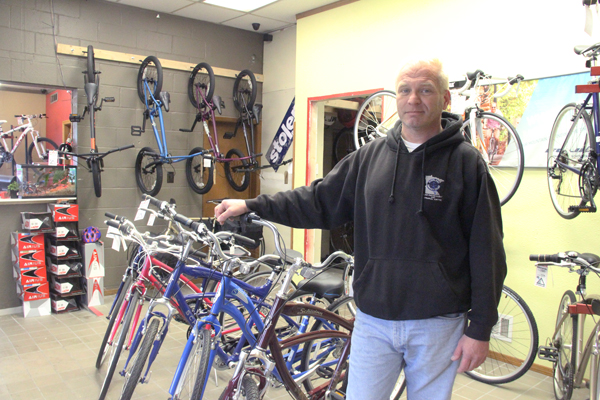 If you’ve got problems with a bike, go see Mark Conley. He’ll know what to do about it.

The owner of The Bicycle Works in Albert Lea has been on a bike since he was 4 or 5 years old, and he got serious about working in the cycling industry when he was about 11. Throw in a few decades of BMXing and mountain biking, including a stint as a professional BMX rider from 1979 to 1983, and it’s not hard to see why the one-time graphic designer wanted to open his own bike shop. 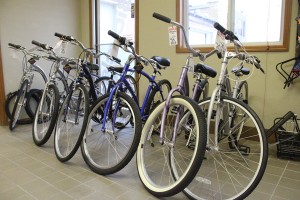 Bikes line the shop at Bicycle Works in Albert Lea.

“It’s something I’ve wanted to do for many years,” Conley said. “The timing wasn’t right, and I was actually going to open up north for a while.”

Yet Conley, who grew up here, had too many friends, family members and ties to the area to consider anything else than opening a bike shop near home.

The Bicycle Works, at 807 E. Main St., opened in April, followed by another of Conley’s businesses, The Dam Bait Shop, a month later. Conley mainly does bicycle service work, although he does sell a few Fuji bikes and has a limited selection of used bicycles.

“I’m trying to get a few more” used bikes, he said. “Every time I get one in, they seem to blow out the door in a couple days.” 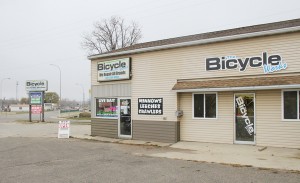 It seems bikes and bike repair was a good service to offer, as Conley is doing far better business-wise than he thought he would, almost a year ahead of where he had planned to be at financially.

The store location next to Fountain Lake could work wonders for his bait sales next year, too. Conley said he opened a little too late to capitalize on this year’s fishing season, but he’s expecting some good business next year. Aside from that, he’s planning to work as a graphic designer during the slow winter season, as he has about 20 years of experience designing signs, banners, vehicle graphics, and boat and snowmobile lettering, among other work.

If business continues, Conley could expand his new bike section, and possibly start offering classes on bike safety and bike-related activities. That could be a while, as he may be too busy working on bikes.

“The bike shop itself has consumed my summer, and that’s been a good adventure,” he said.