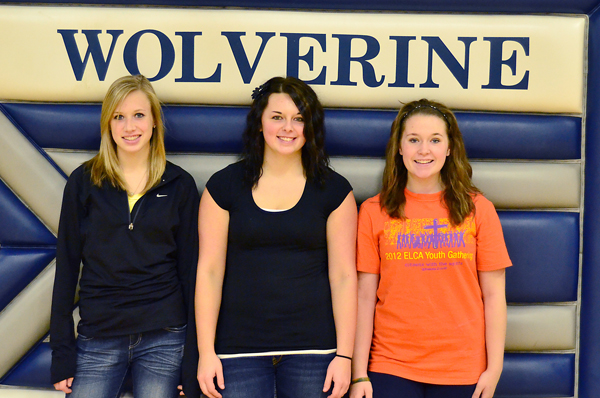 GLENVILLE — On Tuesday, Glenville-Emmons High School students kicked off their food drive for 2012.

The rewards for reaching these goals, other than the satisfaction of helping those in need, are a half day of activities sometime before the Christmas break for the school goal, she said, and a free movie day for the class goal.

Hanson said the main activity set for reaching their goal is the trick-or-treating for the food shelf. This will happen from 6 to 8 p.m. on Halloween.

“We will go around trick or treating,” Hanson said. “Instead of asking for candy, we will ask for food.”

The students won’t say no to some bonus candy either, for their hard work on the food drive.

There are about 20 students signed up so far. They will split up and do their trick-or-treating in Glenville and also travel to Albert Lea and do some trick or treating there as well. The students will split up in groups to try and gather as much food as possible for the food shelf.

Students will also be able to bring in two items of food on Halloween and will be allowed to wear a costume to school. There will be a costume contest with the winner receiving a free movie pass.

Also, during the week of Nov. 5, students can bring in two items of food for a free hall pass/extra credit coupon.

Food drive items cannot exceed five pounds. For example, no bags of flour and no gallons of water will be accepted.

The food drive will continue again along with a toy drive during Christmas time.