Woman injured in crash on I-90 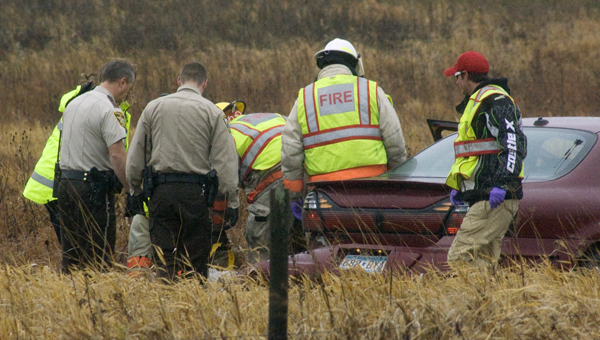 Emergency personnel respond to a crash Thursday off of Interstate 90 in which one person was injured. -- Sarah Stultz/Albert Lea Tribune

A woman was injured Thursday morning after she reportedly drove off of Interstate 90 and into the adjacent field.

The crash was near mile marker 161 just west of the Freeborn County Road 92 overpass.