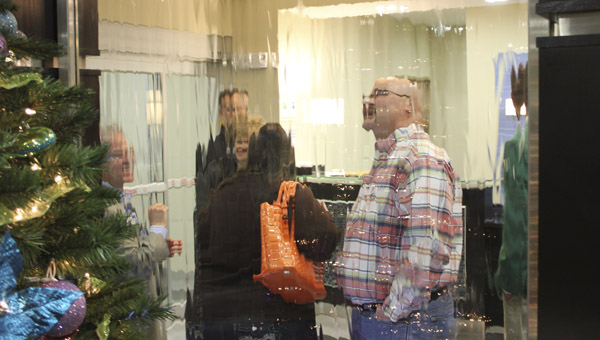 About 200 people showed up Tuesday evening to see the newest hotel in Albert Lea.

The Holiday Inn Express, 77820 E. Main St., welcomed people to its grand opening with a ribbon cutting, food, beverages and self-guided tours of the hotel. 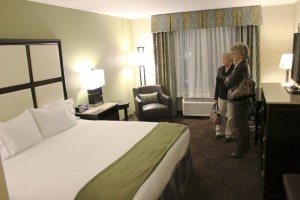 Part owner Carl Kaeding of Bloomington-based Kaeding Management Group said after his company opened a Holiday Inn Express near the Diamond Jo Casino in Northwood it became apparent there was a market for one in Albert Lea near Interstate 35.

“We broke ground here about four or five months after we were done there,” Kaeding said.

That was one year ago.

The hotel is next to Love’s Travel Stop on East Main Street near Exit 11 of Interstate 35. Its visibility from I-35 and proximity to Interstate 90 make it an ideal stop for travelers, he said. Figures showed the Comfort Inn, which is next to Trail’s Travel Center across the street, does well.

He said Albert Lea is easily spotted by travelers as a good place to rest, even for railroad maintenance crews, and said the community does a good job of attracting people for events. 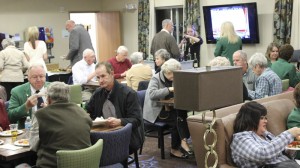 People gather to eat and drink in the lobby of the new Holiday Inn Express hotel Tuesday for its grand opening.

The Albert Lea Holiday Inn Express has 66 rooms, of which 23 are suites with king- or queen-size beds, said Assistant Manager Sherri Stencel of Waseca. There are 15 employees, but she said that number likely will go up as the hotel garners attention. They have billboards up but are still getting on websites such as Mapquest.

Albert Lea is doing a good job of positioning itself as a destination, said Randy Kehr, executive director of the Albert Lea-Freeborn County Chamber of Commerce.

He said having more options can attract more travelers to the community in general. 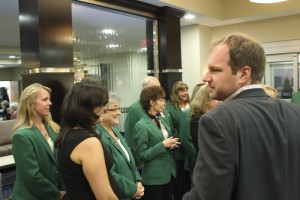 “It’s always wonderful to have a new business in town to bring jobs to Albert Lea,” Kehr said.

The Holiday Inn Express offers wireless Internet. There is a pool room with a hot tub. There is an exercise room, a meeting room with a whiteboard and a flatscreen TV, vending room, a laundry room and a lobby that offers a daily continental breakfast. 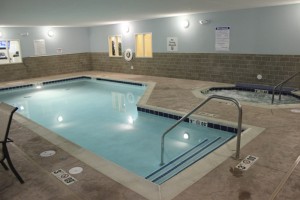 The Holiday Inn Express offers a pool and hot tub for its guests. During the grand opening, people sauntered through the new hotel to see its features.

It is the first business to locate in Albert Lea’s newest business park — the I-35/I-90 Business Park.