Funeral services for David “Earl” Arthur Johnson of Conger will be at 2 p.m. Saturday at St. Paul Lutheran Church in Conger. The Rev. Daphne Hamborg will officiate. Interment will be in the Conger Cemetery. Visitation will be from 4 to 7 p.m. Friday at Bonnerup Funeral Service and one hour prior to the service at the church. 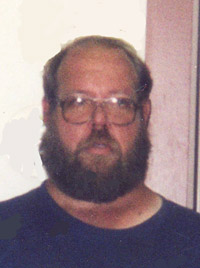 David was born in Albert Lea on Aug. 6, 1955, the son of Carl E. and Irene H. (Beck) Johnson. He graduated from Alden High School in 1973. David had lived in the Conger area all of his life. He was a member of the St. Paul Lutheran Church in Conger. David had farmed for 12 years and had worked for Minnesota Corrugated Box for 26 years. David enjoyed driving around and checking on all the crops and watching for deer. He loved reading the newspaper and keeping up with all the local news.

David was preceded in death by his parents, Carl and Irene Johnson.