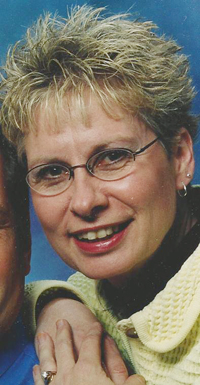 Joliene was born July 20, 1955, to Conrad J. and Joyce (Furgeson) Erickson in Albert Lea. She was baptized and confirmed in the Lutheran faith and graduated from Albert Lea High School in 1973 and Mankato State University in 1977.

On Aug. 6, 1977, she was united in marriage to Len Colby, also of Albert Lea. They moved to the Twin Cities and eventually made their home in Champlin where they raised their two daughters, Erin and Kristin. She worked as the executive administrative assistant to the chief information officer of Target Corporation for 25 years and finished her working career as the executive administrative assistant to the CIO of Supervalu Corporation.

She was preceded in death by her father Conrad Erickson; her stepfather Vernon Olson; her father-in-law Roy Colby; and her brother-in-law Tom Admire.

Joliene was a lady that brought joy to all who knew her. She was very helpful to everyone with her “can do” attitude. She will be sadly missed by her husband, daughters and entire family.