Katelyn Spatenka and Trinity Emery of Owatonna were married at 2:30 p.m. Sept. 22, 2012, at Trinity Lutheran Church in Owatonna. The Rev. Julie Malone performed the double-ring ceremony. 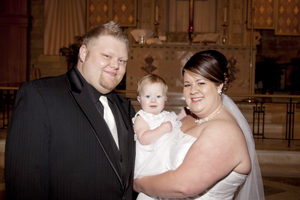 Pianist was Sandy Brooks. Singers were Mike and Tammy Ferk.

The bride attended Owatonna High School and Regency Beauty Institute. She is employed at Blown Away Salon.

A wedding trip is planned to a sandy beach in February.