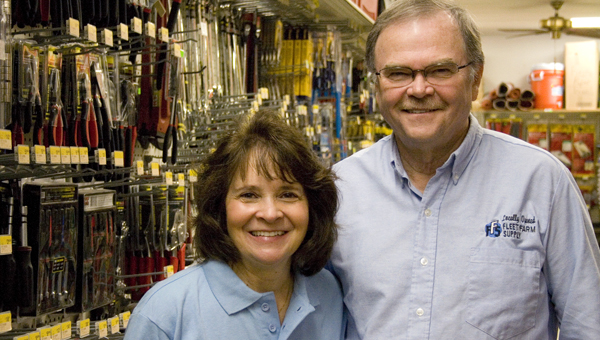 Steve and Kathy Nelson know the value of good customers.

As the owners of Fleet Farm Supply in Albert Lea, the couple said it is the customers who have helped their business thrive during the last 56 years. 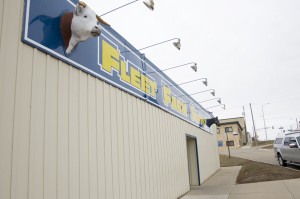 It is this positive attitude and eye toward customer service that recently supported naming Fleet Farm Supply as the Albert Lea-Freeborn County Chamber of Commerce’s Small Business of the year.

“When someone comes in with a problem, we do our best to fix it,” the couple wrote on a chamber questionnaire. “We problem solve, we get creative and we get our job done so our customer can get theirs done.”

And so far, it has paid off.

Steve said the couple is seeing its second and third generation of customers — people who came to the store as children, who are now coming back with their own grandchildren.

Fleet Farm Supply, which sells everything from Carhart clothing and farming supplies to John Deere toys, hardware and tools, started in 1956 with Steve’s parents, Milford and Helen Nelson.

They pooled together with 12 or 13 other stores at the time as part of a buyer’s group to get merchandise at the best price.

When his father died, his mother continued with the business on her own, in what Steve described as “a man’s world.” He remembers being a part of the business from a young child.

In 1972, Steve said he started working full time for his mother. His brother, Terry, also got on board. When they mother died in 1995, they took on a bigger part of the business, and in 2005, Steve said he bought out his brother.

Now, the business is a part of multiple buying groups, and there are eight employees.

He said he wishes his parents were still alive to see the business today, and to see the recognition it received from the chamber.

“We were very surprised and honored,” Kathy said.

As owners of a local business, the Nelsons said they have always believed in supporting businesses in the community.

They said they try to speak not by words, but by actions.

They have been members of the Freeborn County Snowmobile Trail Association since 1980 and are also both licensed snowmobile instructors.

The business, at 310 Main Court, is known to many for its pitch-fork carrying man in front of the business.

Kathy said the figure has been in front of the business since the 1970s. They had a contest for customers to name the man, and the name Pitchfork Pete has been around ever since.

The couple said people in town from all over the country and even overseas stop to take their pictures with Pitchfork Pete.