Roger was born on July 2, 1933, in Austin to Gust and Olga (Price) Baier. He graduated from Austin High School in 1952 and married Mary Jane Kolb on June 27, 1953. To this union five children were born and raised. 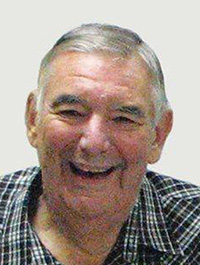 Over the years Roger worked various jobs in construction and held different positions in the buildings and grounds department of Austin Public Schools. He taught carpentry at Austin Technical College and later became facilities manager at the college until his retirement in 1993. For 18 years after his retirement he enjoyed working for Medgaarden’s Southwest Sales driving cars and running errands. His hobbies included camping, traveling, dining out, having garage sales and spending time with family.

He was preceded in death by his parents, his wife Mary Jane, and two sisters, Helen and Avis.

A funeral Mass will be celebrated 11 a.m. Thursday at St. Augustine Catholic Church with the Rev. Jim Steffes officiating. There will be a 6:45 p.m. wake service today at Mayer Funeral Home where friends may call from 4 to 7 p.m. and also one hour before the service at the church on Thursday.