Ross Homer Honsey, 60, of Emmons, passed away on Friday, Jan. 11, 2013, at his home in rural Emmons, after a courageous four-year battle with cancer. 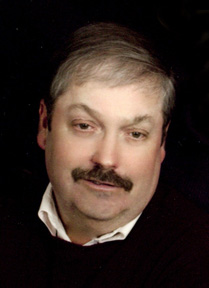 A celebration of Ross’ life will be at 10:30 a.m. Wednesday at Emmons Lutheran Church in Emmons, with the Rev. Dr. Cathi Braasch STS officiating. Burial will be in Oak Lawn Cemetery, rural Emmons.

Visitation will be Tuesday at Emmons Lutheran Church, 490 Pearl St., from 4 to 8 p.m., and will continue one hour prior to the service on Wednesday.

Ross graduated from Emmons High School with the class of 1970. He attended college in Winona and Mankato. On April 16, 1977, Ross was united in marriage to Diane Holstad at Sion Lutheran Church, rural Lake Mills.

Ross was raised on the family farm where he began his life-long interest in agriculture. He worked for several local elevators, along with Farmstead Foods, where he was employed for nearly 10 years. He then purchased his own farm site where he raised hogs and crops for more than 25 years. In addition to his own love for agriculture, he instilled that love into children by being a 4-H leader for many years.

Ross was known for being a strong, hard-working, loyal friend and neighbor who lived life to the fullest. He had a passion for playing golf, where he rarely missed a “Holy Thursday” outing at Rice Lake Country Club. His love of the outdoors was also evident in his time spent hunting, fishing, and riding ATVs. Ross also enjoyed playing cards, where his fiercely-competitive nature never interfered with his endless wise-cracks and playful antics. He could be found every morning at “the station” in Emmons flipping quarters for pop and getting his “daily education”. He left an impression on everyone he met by always exuding optimism, inspiration, and humor, even in the toughest of times. Above all, Ross was a devoted family man who was always loving and doting on his wife, children and grandchildren.

He was preceded in death by his father Homer Honsey; a brother Dean Honsey; and an infant sister.