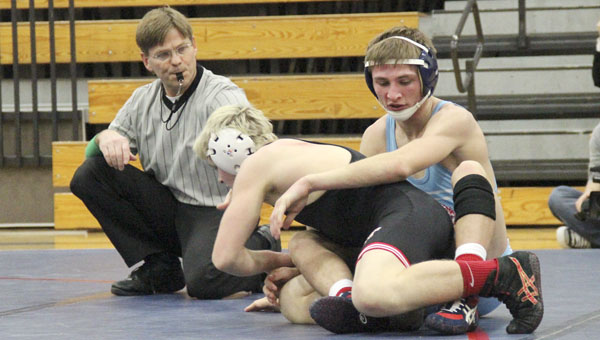 It wasn’t just the Albert Lea Tigers and the Mankato West Scarlets who determined the outcome of the wrestling match Thursday. The illness and injury bugs were part of the equation, too.

The bugs hit West hard, resulting in six forfeits for the night. All of those points added up for the Tigers, who won the match 63-12 to improve to 11-0 overall and remain undefeated in the Big 9.

“It’s unfortunate that West is in the situation they’re in,” said Albert Lea coach Larry Goodnature. “I kind of knew ahead of time that they were hit by the flu bug. So they just couldn’t put a lot of guys on the mat tonight.

“We don’t like it either. We want to wrestle.” 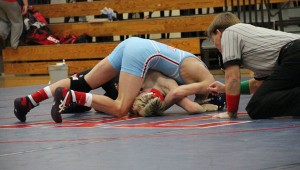 Senior Garrett Wangsness had one of the forfeited matches, at 120 pounds.

“I want to wrestle,” Wangsness said. “I don’t like to sit and watch. I’m sure it’s hard for people that come to watch, too.”

Goodnature said his team has been hit a little bit by the bugs as well, but they have enough depth so it’s not as much of a factor.

With all the forfeits thrown in, the Tigers built a 53-0 lead before West got on the board in the 170-pound match between Albert Lea sophomore Nick Kromminga and West senior Rusty Hewitt.

The quickest pin of the night came in the 113-match by Tigers’ sophomore Beau Johnsrud. He pinned West’s Noah Lowe just 1:10 into the match.

Albert Lea senior Dakota Wangsness made quick work of his opponent at the 126-pound level. He racked up 17 points before winning by technical fall. In the 220-pound match, Tigers’ sophomore Matt Nemec and West junior Nick Heinen traded a couple escapes before Nemec pinned his opponent in the second period.

The strong performance by the Tigers, combined with the forfeits, led to one of the most lopsided scores all season for Albert Lea.

“It’s hard to talk about matches with scores like that,” Goodnature said. “We just went out and got the job done.”

The dual saved the best for last. The heavyweight match between Albert Lea senior Jacob Kunkel and West junior Jake Russel received the biggest cheers of the night from the crowd.

Russel ended up winning in a 4-3 decision. Tied 2-2 in the third period, Russel had a takedown with 47 seconds left in the match to give him the win. But Kunkel didn’t go away; he earned his three points from escapes, the last one coming with 29 seconds left.

Goodnature said that match was typical of a couple of heavyweights.

“I think they were evenly matched,” Goodnature said. 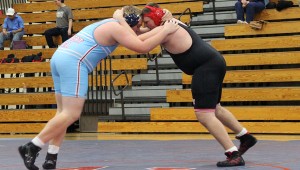 The Tigers now look ahead to an important tournament Saturday at St. Cloud Tech. It will have an affect on the section seeding for Albert Lea, Goodnature said. Cambridge, St. Michael-Albertville and Hastings will all be there for competition, and it will likely come down to Hastings, Owatonna and Albert Lea in the section to see which team will go to state, according to Goodnature.

“We’re hoping we match up wtih them up there,” Goodnature said.