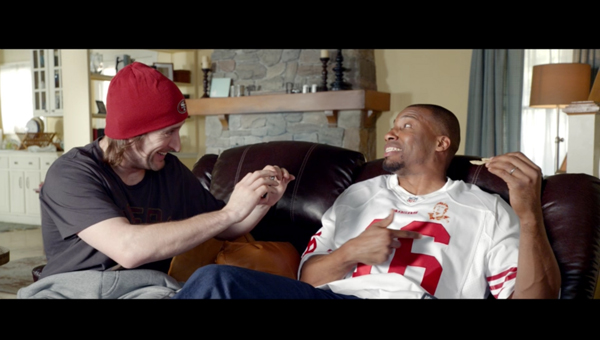 An Albert Lea native is receiving accolades for a 60-second commercial he co-wrote for the Super Bowl.

The Tide “Miracle Stain” commercial by Luke Behrends, a 2000 Albert Lea High School graduate, was ranked No. 2 by USA Today’s Ad Meter and has been commended by news organizations including The New York Times and Forbes magazine. 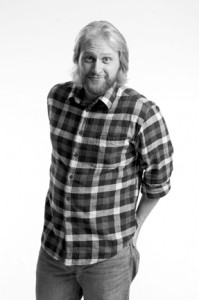 Luke Behrends and another writer are receiving praise for a Super Bowl advertisement they wrote.

The commercial narrowly came in second place to one featuring a Budweiser Clydesdale longing for its trainer.

Behrends, who is a copywriter for Saatchi & Saatchi advertising agency in New York City, said the Tide commercial is by far the most notable advertisement he has created thus far in his career and said he was excited to see it come together.

The man becomes an instant celebrity, and the stain creates a media frenzy, with San Francisco 49ers fans flocking to his house to see the stain and pay for memorabilia.

The commercial ends after the man’s wife, a Baltimore Ravens fan, washes the stained jersey with Tide.

It was the first Super Bowl commercial for Tide in five years. Behrends said he and his advertising partner Keiji Ando, with whom he worked before starting with Saatchi & Saatchi, began working on the commercial about seven months ago. They came up with about eight different scripts they presented, but it was the script featuring “Miracle Stain” that rose to the top, he said.

“It’s all pretty relatable, it’s not too wacky and it’s just good clean fun,” he added.

The Albert Lea native was involved with the commercial from start to finish, and after writing it, played a part in casting, music and picking a director and editor, among other responsibilities.

A large part of the commercial was not shot until two weeks prior to the Super Bowl because it wasn’t until then that they knew which two teams were going to play.

“It’s fun to see it all come together and to have people as excited about it as we were throughout the whole process,” Behrends said.

He said he gained a love for advertising in the 10th grade when he was the co-editor of the Albert Lea High School sophomore publication, The Sophisticate. At the time, he knew he liked to write and that he liked to be creative, but he didn’t know if he wanted to be a journalist.

Their adviser at the time told him and the other students a story of an advertising agency he had gone to. He said it was lined with arcade games, and the employees there would just sit there all day and think.

Behrends is the son of Tom and Laurie Behrends, who live west of Albert Lea.

He graduated from the University of Minnesota in Minneapolis with a degree in communications before obtaining a master’s degree in advertising from Virginia Commonwealth University in Richmond, Va.

He has lived in New York for six years and is married to Meranne Behrends.