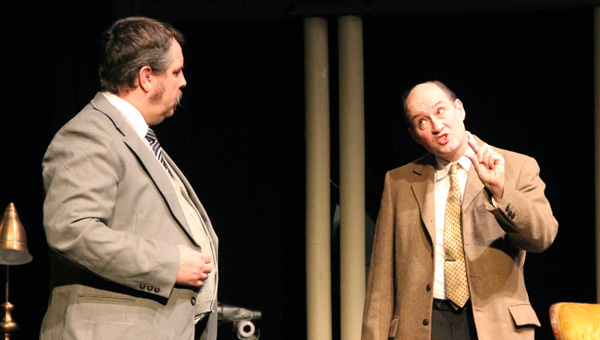 A tale of murder and mystery will be sure to test the detective skills of the audience members during the latest production by Albert Lea Community Theatre.

Opening Thursday is “Sherlock Holmes: The Final Adventure.” The show is directed by Jerry Girton, who retired in 2011 from a long run as theater director at Riverland Community College. After auditions in early January, the cast and crew got right to work on Jan. 5. 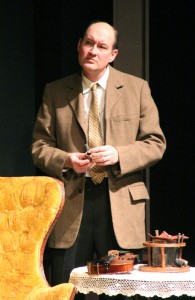 The show is the second of ACT’s 2012-13 season. It was adapted from Sir Arthur Conan Doyle’s “Scandal in Bohemia” from 1899. The play won the 2007 Edgar Award for best mystery play. It follows the great detective Sherlock Holmes, who while seemingly close to the end of his career, is presented with a case he can’t refuse.

The relatively small cast of nine includes David Behling as Sherlock Holmes and Jason Howland as Dr. Watson. Girton said the two actors are on stage for much of the show, which lasts about an hour and 45 minutes.

Girton said audiences will love the mystery of the show, which follows the iconic figure of Sherlock Holmes. The director also said it’s a family show or it would make a great date, which is fitting since it opens on Valentine’s Day.

The show is the first Girton has directed at the Marion Ross Performing Arts Center. Girton said though he thought it was time to retire from teaching at Riverland — and producing four shows a year — that he didn’t want to leave theater completely. 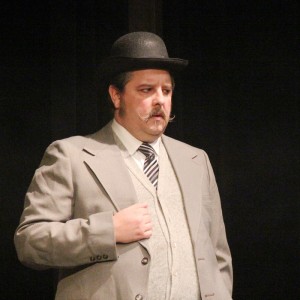 “It’s exciting to go to a different place,” Girton said.

What: ACT’s production of “Sherlock Holmes: The Final Adventure”