Memorial services for Marvin Vee will be at 11 a.m. Saturday at Grace Lutheran Church. The Rev. Andrea Myers will officiate. Visitation will be one hour prior to the service at the church. Online condolences are welcome at www.bayviewfuneral.com. 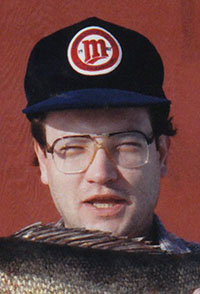 Marvin Donald Vee was born on Feb. 24, 1956, in Albert Lea, the son of Donald and Grace (Husby) Vee. He attended and graduated from Albert Lea High School in 1974 and was a 1980 graduate of Moorhead State University. He lived in Dayton, Ohio, and worked as a software support analyst for Reynolds and Reynolds prior to moving back to Albert Lea in 2008 to continue his fight with kidney disease. Marvin had great friends in the Tau Kappa Epsilon Fraternity from his days at Moorhead State as well as the staff at St. John’s Lutheran Home. He had a love of history and enjoyed engaging in a good political debate. Fishing was a source of life-long joy, and he developed interests in cooking and gardening later in life.

He was preceded in death by his father, Donald.