The ever-so-brief success of the income tax

The modern federal income tax turns 100 this year, and historians are already holding special events to commemorate the anniversary. But if we really want to understand just what the federal income tax has accomplished — and failed to accomplish — over the last 100 years, the best place to start just might be a majestic century-old mansion in Santa Barbara. 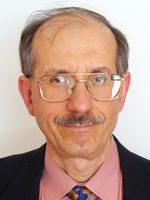 This California mansion and the federal income tax both came into the world the same year, 1913. The mansion reflected the prodigious wealth of America’s Gilded Age plutocracy. The income tax represented an attempt to shrink that plutocracy down to democratic size. That effort succeeded, but only for a few decades.

Frederick Forrest Peabody would be pleased.

A century ago, Peabody ran the company that manufactured Arrow shirts — one of America’s most recognizable brand names. He rated as one of America’s richest tycoons. He spent like one, too. In 1906, he bought 40 ocean-view acres in Santa Barbara, for a sunny vacation getaway. A few years later, he dotted his new acreage with 7,000 eucalyptus trees.

In 1913, Peabody would begin building the home of his dreams amid the eucalyptus, a palace he would call Solana. He filled his 22,000 square-foot edifice with hand-carved mahogany and 17th century French oak paneling. Money would be no object — because Peabody didn’t have to worry about sharing any of his money with Uncle Sam. The first federal income tax enacted in 1913 amounted to no more than a minor inconvenience.

Progressives in Congress had pushed for a steeply graduated tax that subjected income in the top brackets to rates as high as 68 percent. The legislation finally adopted set that top rate at just 7 percent.

This top rate would bounce up during World War I, but then sink to 25 percent in the 1920s. By that time, Frederick Peabody was entertaining as many as 150 guests at a time at his increasingly famous Solana. In 1926, his mansion would be a stop on the annual tour of the posh Garden Club of America.

Peabody wouldn’t live to host another tour. He died in 1927. His widow carried on. But her plutocratic world was changing, and the income tax was rushing that change along. In the 1930s, under the pressure of growing mass movements for economic justice, tax rates on America’s highest incomes would begin to rise. By 1944, the tax rate on income over $200,000 had soared to 94 percent. The top federal tax rate would hover near that level for the next 20 years.

In this tax-the-rich environment, mansions and their huge annual maintenance costs had a hard time finding private buyers. The great palaces of America’s plutocracy would soon, in the years after World War II, make way for suburban subdivisions.

Solana, for its part, sold in 1959 for just $283,000 — a fraction of the estate’s former value. The buyer: the Center for the Study of Democratic Institutions, a nonprofit led by former University of Chicago president Robert Hutchins. His Center, Hutchins announced, would serve as an “early warning system” for American democracy.

But political thinkers like Hutchins never saw the danger to democracy that could come from a re-emergent plutocracy. Stiff taxes on the rich, they assumed, had become a permanent fixture of American life. They would be wrong.

By the mid 1980s, the high tax rates that helped make Solana such a hard sell in the 1950s had faded away — and America’s plutocratic order had begun to reappear. By 2011, the share of America’s income going to our top 0.1 percent had tripled since the 1950s.

In other words, the Realtors now hawking Solana — for $57.5 million — won’t have a hard time finding a buyer.

Veteran labor journalist and Institute for Policy Studies associate fellow Sam Pizzigati edits Too Much, a weekly newsletter on inequality.