Minnesota businesses have always contributed to our economy and our state in a meaningful way. Partners in the community. Job providers. Taxpayers. But the current legislative majorities seem determined to make doing business in our state as hard as possible. 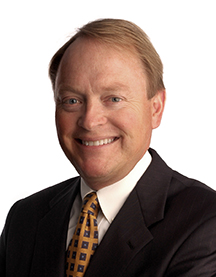 As we head into the midpoint of the legislative session, it’s critical that the statewide business community sends a united message to the Capitol: You can’t be pro-jobs and anti-business. Your legislators need to understand that now is the wrong time to raise taxes on small businesses, the backbone of our state’s economy.

The budget shortfall, as expected, has taken center stage. Though the sales tax on business-to-business transactions was dropped by Gov. Mark Dayton, the proposed budget still contains too much spending, too many taxes and not enough spending reform. He proposes to raise taxes by $1.8 billion – three times more than the temporary, short-term deficit of $627 million. That’s a far cry from his characterization that he is solving the shortfall in a fair and balanced approach. The governor’s proposal, unfortunately, is the floor. The Senate and House targets are even bigger. Proposed spending increases outpace the growth of the Minnesota economy by 2 1/2 times.

The governor’s commitment to create a fourth tier in personal income taxes is a direct hit on the small businesses and entrepreneurs that flow business income through personal income taxes. The governor wants to increase the top rate to 9.85 percent, which will impact 21,000 of Minnesota’s most successful businesses. House Democrats upped the ante by proposing a temporary surcharge on the highest wage-earners, raising the rate to 11 percent, second highest in the nation.

Income tax increases represent only a slice of how the Legislature is treating small businesses this year. Among the other measures:

You’ll be paying higher insurance premiums to fund the new health insurance exchange, regardless of whether you participate in the exchange.

You better brace for an increase in the state’s minimum wage; some proposals make the wage higher than the national rate.

You could be paying more for roads and bridges under proposals for a higher gas tax or new wheelage tax.

These are just a few of the anti-business pieces of legislation that are under consideration. The bottom line equals additional costs for small businesses. Lumped together, the wallop is significant and gives business decision-makers serious pause whether to locate or expand their operations in Minnesota.

Our message is clear: We cannot afford to spend more than incoming revenues. Minnesota’s economy is growing about 2 percent, and the governor wants to spend at an 8-percent pace. That is unsustainable without raising taxes year after year on hardworking taxpayers. Government must start spending more effectively and efficiently.

We talk to businesses every day — our members. As one member said, “It’s so disheartening; I don’t know what to say.”

Many will say nothing, but are already making decisions about their investments in our community. We know our lawmakers have many pressures and demands at the Capitol. We ask that they don’t lose sight of the importance of keeping small and midsized business successful in our state.

David Olson is president of the Minnesota Chamber of Commerce. Its website is mnchamber.com.