Mosquitoes are a tax we pay for where we are living

“Everything is nearly copacetic. I have come to the most wonderful of realizations. With time, we gain weight because we accumulate so much information, knowledge and wisdom in our heads that when there is no more room, that good stuff is distributed out to the rest of our bodies. So I’m not fat, I’m enormously cultured, educated, brilliant and happy. The next time I look at myself in the mirror, I will think, ‘Forsooth! Look how smart I am!’ With that in mind, I decided to go to the courthouse to get my driver’s license renewed. It would have been a good day to get my picture taken. Besides, my front is my good side. Everyone had the same idea. The license bureau was packed. The clerks worked hard, but the line inched along for an hour until I finally reached the front. I filled out a form and had my photo taken. They showed me my photo. I inspected the image for a moment before saying to the clerk, ‘I stood in that line so long, I ended up looking pretty cranky in this photo.’ The clerk looked at my picture closely. ‘Don’t worry about it,’ she assured me, ‘That’s how you’re going to look when the cops pull you over.’” 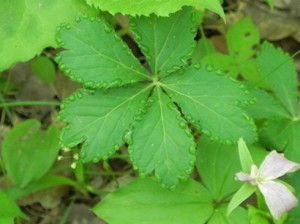 The air was filled with flying insects. It was nature’s pantry for birds. Mosquitoes are a tax I pay for living where I do. I’m pleased that the biting insects bother rather than overpower.

Swallows flew overhead. An avian air show. There were tree, bank and barn swallows. They had apparently swallowed all the banks and barns, but I still saw some trees.

I was given a gift. It was a morning of silence except for the birds. The birds sang of love and confrontation. Each male was an aspiring country music singer.

It’s impossible not to be a birdwatcher.
The robin was building a castle

Jim Grotte of Fairmont wrote, “After staking the property lines for a new house, the general contractor left an entire ball of mason’s line. Over the course of that day, a robin made countless trips carrying this line of string to build her nest. The nest was being built atop a light between the garage doors on the house next door. When the neighbor got home that afternoon he discovered just how industrious one robin can be. His boat parked on the driveway was absolutely draped in string. All this string ran a total of 30 feet or more from my job site, to across the boat and then up to the light. It looked like someone had tossed out a big bowl of spaghetti.”
Grousing

Randy Fredrickson of Willmar has a place in Bertha. He walked through the cabin door and a male ruffed grouse followed him inside. Randy used his cellphone to show me the cinematic masterpiece of the bird’s visit.

Every year, I hear of tame grouse. A grouse became my shadow for a couple of days in Michigan. Spruce and ruffed grouse have been referred to as fool hens because of their tameness around people. Sometimes an engine that sounds similar to the drumming of a ruffed grouse attracts them. Randy’s grouse made a myriad of sounds and was unwilling to vacate the premises. Unfortunately, Randy had neither a translator nor grouse psychologist handy. He didn’t grouse about the visit, but was finally able to shoo the bird outside.
Q & A
“There is a chickadee feeding on the sugar water I put out for the hummingbirds. Is that unusual?” I’ve witnessed the same thing. I couldn’t say how uncommon this behavior is, but it does occur.

Julie Bronson of Glenville asked if a bobolink is sometimes called a skunkbird.

The distinctive appearance of this species has given rise to colorful nicknames — skunkbird, butterbird, skunk blackbird and ricebird (because of its affection for wild rice patches). The breeding plumage of the male is distinctive in North America. It’s the only bird with a black front and white back.

St. Croix State Park is located in Pine County and at 33,895 acres it is Minnesota’s largest state park.

In accipiters, such as sharp-shinned and Cooper’s hawks, females are up to one-third larger than males. This is one of the largest sexual dimorphism size differences of any hawk.

During the day, an American robin sings a familiar song of rich phrases, but as dusk nears, the robin’s song takes on a new quality. At sunset, a robin adds ethereal whispered notes to its lovely song.

Bonner County is securing a permit from the Idaho Department of Fish & Game to shoot ravens that have been raiding the garbage collection site in Colburn and scattering the trash. A couple of the dead birds may be displayed as a warning to others, a message not lost on ravens, extremely intelligent birds. Dead ravens brought in for disposal have been exhibited in the past and officials believe it deterred other ravens from visiting the site.
Weather folklore

If flowers stay open all night, the weather will be wet.

The faster a cricket chirps, the higher the temperature.

“The cockroach and the bird were both here long before we were. Both could get along very well without us; although it is perhaps significant that of the two the cockroach would miss us the most.” — Joseph Wood Krutch
DO GOOD.