Gallery: Trouble in the 1st round 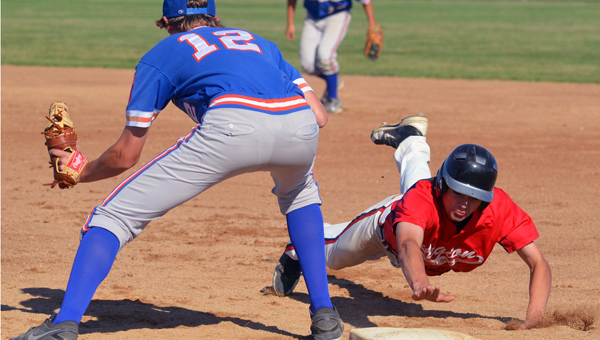 ROCHESTER — The Albert Lea/Austin American Legion baseball team had the pitching, but it didn’t have the hitting as it lost 5-0 to the Rochester A’s Tuesday in the opening round of the First District Tournament in Rochester Century.

Albert Lea/Austin, which will now play an elimination game against Faribault at Marcusen Park at 1 p.m. Friday, mustered just four hits in the loss as it stranded nine runners on base in the loss.

“It was just one of those nights,” said Albert Lea/Austin outfielder Dylan See-Rockers. “We were frustrated up there and it just wasn’t our night. We played good ‘D’ and (Clennon) deserved to win the game. We just weren’t hitting the ball tonight.”

Albert Lea/Austin pitcher Steven Clennon gave his team a chance to win as he scattered nine hits — three of which were infield hits — and allowed just three earned runs in eight innings of work.

Clennon pitched out of a jam in the fourth inning where the A’s had runners on second and third with two outs, and he escaped a bases-loaded jam in the sixth by striking out two straight hitters.

Clennon retired eight of the first nine hitters he faced, but the A’s got on the board in the fourth when they scored a run. Century went up 3-0 in the fifth when a pair of bunt singles helped them plate two runs.

Clennon hasn’t pitched a lot this year, but he was ready to go on Tuesday.

“I felt really good headed into the game. I didn’t have any butterflies, and I was really confident,” Clennon said. “It was a lot to do with Gabe (Kasak) behind the plate. He’s a great guy, a great mentor and he knows the game. He knows how to calm you.”

No. 6 seed Albert Lea/Austin (8-14 overall) will have its season on the line when it plays No. 7 seed Faribault Friday. The winner of that game will play again at 7 p.m. Friday.

“We’re pumped to get back out there and prove ourselves,” See-Rockers said. “We know we’re better than this.” 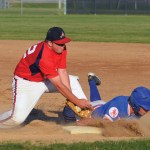 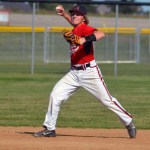 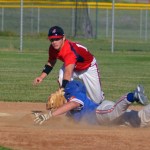