Amanda Blenka of Albert Lea and Zachary Saugen of Rochester were married at 4 p.m. April 13, 2013, at First Lutheran Church in Albert Lea. The Rev. John Holt performed the double-ring ceremony. 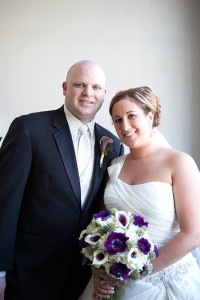 The bride is the daughter of Alan and Susan Blenka of Albert Lea.

Personal attendant was Shannon Sobek of St. Paul, friend of the bride. Flower girl was Kylie Lee, the daughter of Lucas and Heather Lee, friends of the bride.

The best man was Lucas Saugen of San Francisco, Calif., brother of the groom. Groomsman was Tim Eggert of Rochester, friend of the groom.

Ring bearer was Oscar McClead, nephew of the groom and the son of Chris and Lindsay McClead of Winona.

The bride is a 2002 graduate of Albert Lea High School and a 2006 graduate of Luther College in Decorah, Iowa, with a degree in nursing. She is employed as a registered nurse at Mayo Clinic Health System in Rochester.

The groom is a 2001 graduate of Rochester John Marshall High School in Rochester and a 2006 graduate of Minnesota State Mankato with a degree in finance. He is employed at Mayo Clinic Health System in Rochester.

A reception was held at Wedgewood Cove Golf Club.

A trip was taken to Jamaica following the wedding.