The campaign drive for the 2013-14 Albert Lea Civic Music Series kicked off Monday and will run through Aug. 20.

This year’s concert series features not only five concerts in Albert Lea but also four concerts in Clear Lake.

Concerts in Albert Lea include a band that features music of The Beach Boys, a singer that gives a tribute to Nat King Cole, a pianist hailing from The Julliard School, a group of six guitarists and a group of five trumpet players.

“I’m looking forward to all of them,” said Sue Jorgensen, publicity chairwoman for Albert Lea Civic Music. “I think it’s a wonderful season. It has so much variety.”

Admission is by season ticket only. Costs are the same as previous years with season tickets $85 per family, $40 for adults and $10 for students. 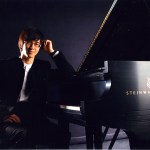 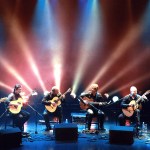 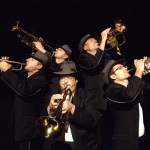 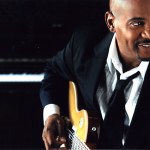 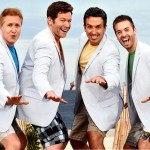 Jorgensen said she has seen some of the same concerts listed in the Minneapolis or St. Paul area selling for four times the cost of the local season ticket price. She encouraged people to take advantage of the tickets.

“Where else can you get a bargain like this — world class entertainment?” she said.

Following is a schedule of this season’s Albert Lea concerts:

The Unexpected Surfer Boys have given award-winning tribute shows, featuring hits of The Beach Boys, during the last six years. The concert will features songs such as “Surfing USA,” “California Girls” and “Good Vibrations.”

The second half of the concert will feature songs from familiar Broadway shows.

Harris, a velvet-voiced jazz singer with the warmth of Tony Bennett, is known for evoking Nat King Cole’s mellow baritone.

Harris has a global following, playing for packed houses and receiving positive reviews throughout the U.S., Europe and the Far East.

Beginning piano lessons at the age of 3, Albright has been hailed as “among the most gifted musicians of his generation” by The Washington Post.

Albright completed his bachelor’s degree from Harvard in 2011, a master’s of music in piano performance at the New England Conservatory in 2012 and recently earned his artist diploma from The Juilliard School.

This group features five prodigious trumpeters from Lyon, France, on their debut tour for Allied Concerts.

They all play trumpets that range in size from a high-pitched piccolo trumpet to the large bass trumpet, along with some more commonly known trumpets and the cornet and flugelhorn.

All Albert Lea concerts are in the Albert Lea High School auditorium.

Jorgensen said people can be dropped off at the back door near the Commons Area of the school or can park in the front of the school and ride the elevator upstairs for easier access.

The concerts in Clear Lake are all at the E.B. Stillman Auditorium and include the following:

People can join in for the season by purchasing season tickets from a Civic Music board member or advocate who will be out selling them or they can mail their checks to Albert Lea Civic Music, P.O. Box 167, Albert Lea MN 56007. Tickets are also available at the Albert Lea Convention and Visitors Bureau, 102 W. Clark St.

Jorgensen said tickets to the Metropolitan Opera will also be for sale at the first Civic Music concert on Sept. 8.